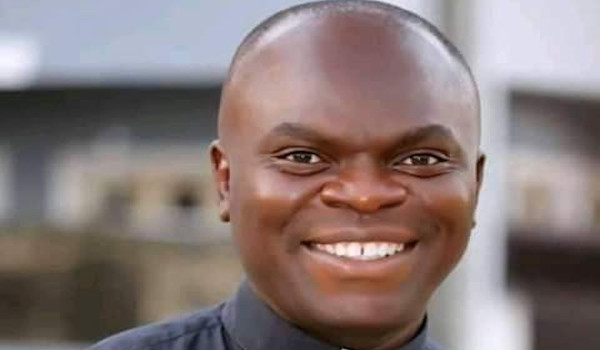 Until his death, Ighorurhie, 38, was the Parish Priest of St. Joseph Catholic Church, Kaiama.

Eyewitnesses told journalists on Friday that the deceased fell into the water from a wooden bridge popularly known as “monkey bridge” while returning home from a trip outside the state.

A priest, who refused to disclose his name, confirmed the incident.

He said: “This is a sad moment for us. Father was on his way back from Bomadi in Delta State when he met his untimely death. But for the flood, he would have driven his car straight to his residence instead of parking same by the road.”

“He was walking on the wooden bridge part of which had been submerged when he slipped and got drowned. Those staying at his residence had to raise alarm when they saw his car by the roadside and he was nowhere to be found.

“They, however, became suspicious when they saw a bag containing some provisions floating on the water not far from the bridge. Divers were contracted and his remains were recovered.”

He added that the priest’s remains had been deposited at the morgue of the Federal Medical Centre, Yenagoa.