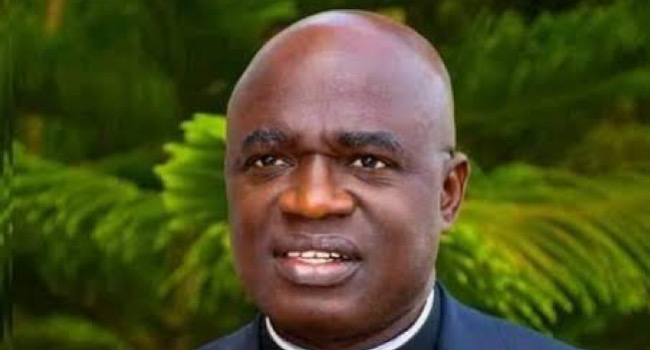 A Catholic priest, Rev. Fr. Hyacinth Alia, who was suspended by the Benue State diocese of the church for delving into politics when he announced his intention to run for governor of the state, has clinched the governorship ticket of the All Progressives Congress (APC).

In the gubernatorial primary election held in Makurdi on Saturday, Rev. Fr. Alia polled a total of 526,807 votes to emerge as the party’s candidate, beating Dr Mathias Ibyuan who came a distant second with 113,816 votes, while Dr Sam Ode scored 79,369 to come in at third position.

Former Deputy Governor of the state and Senator, Chief Stephen Lawani who was also in the race scored 46,882 votes, while former Minister of Justice, Michael Aondoakaa (SAN), scored 24,596.

Chairman of the state election committee, Dr Peter Ojie, who announced the results, said 13 aspirants participated at the election.

If he eventually becomes the governor of the state in 2023, Rev. Fr. Alia will follow in the footsteps of late Fr. Moses Adasu who was Benue State governor between 1992 and 1993.