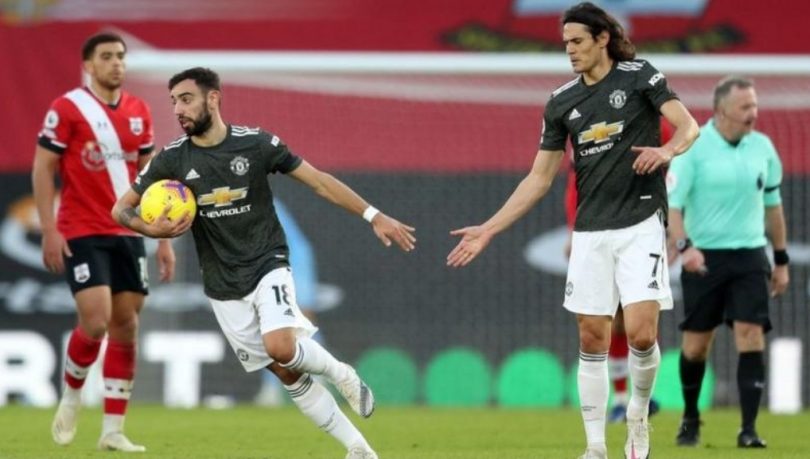 Super Substitute Edinson Cavani netted a brace as Manchester United came from two goals down to seal an incredible win on Sunday.

Cavani, new signing this season for United, came in as a second-half substitute and turned the game around for his team.

The Red devils scored three goals in the second half to seal a 3-2 victory over Southampton in the Premier League.

Trailing 2-0 from the first half, courtesy of goals by Jan Bednarek and James Ward-Prowse for Southampton, United’s Bruno Fernandes scored in the 59th minute to begin the comeback.

Cavani netted in the 74th and 92nd minutes respectively to ensure it was a game of two halves.

The goals were the Uruguayan’s first and second goals for Manchester United since his arrival from Paris St-Germain at the start of the season.

Meanwhile, Nigerian forward, Odion Ighalo, whose loan stay at Old Trafford is reaching its end, was not a member of the squad for the game.

With the victory, Ole Gunnar Solskjaer’s side climbed to seventh on the table while Southampton stay fifth, one point above their opponents.