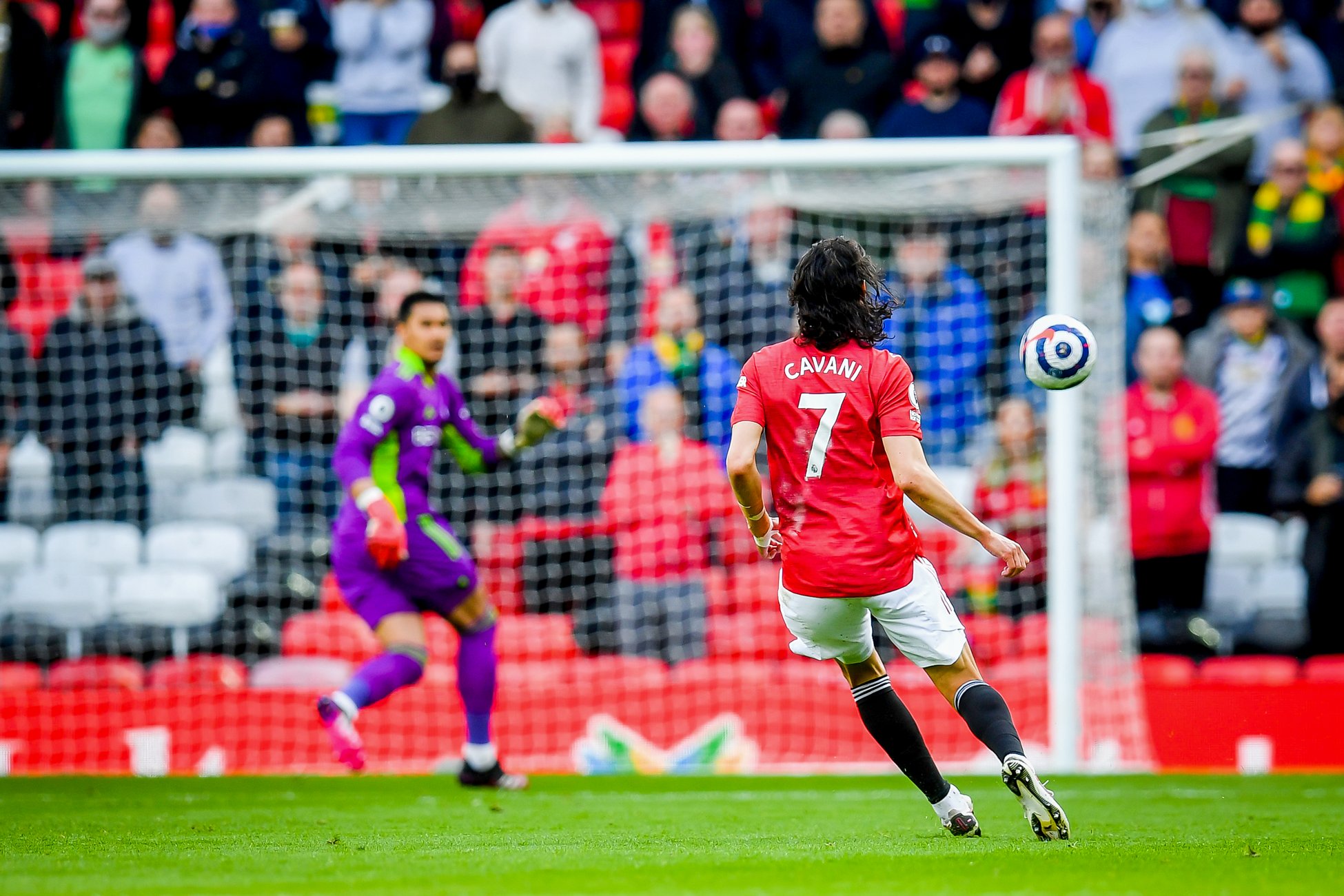 An early goal by Edinson Cavani was not enough to secure a win for Manchester United in the penultimate round of the Premier League.

Cavani opened the scoring in the 15th minute with an effort that has caused the football world talking, with many crowning it as the goal of the season.

The Argentine lobbed from 50 yards to put the hosts ahead until late on when Fulham fought back to pick a point from the Old Trafford clash.

It was Joe Bryan who leved for the visitors with 15 minutes remaining, as he headed in at the far post from Bobby De Cordova-Reid’s deep cross.

Super Eagles duo of Ola Aina and Josh Maja started the game from the bench for Fulham and were unused throughout.

Points earned mean nothing significant for both sides as United had already secured second place while Fulham are already relegated from the Premier League.