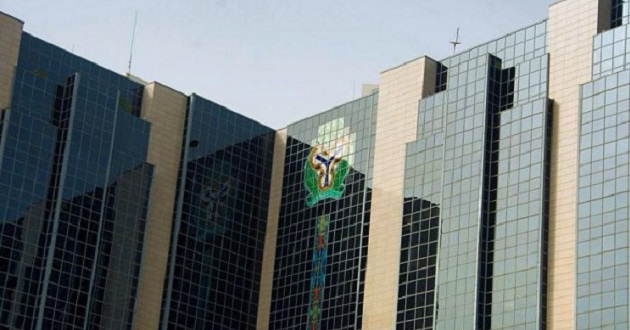 The Central Bank of Nigeria (CBN) has revealed that the Federal Government recorded a N485.51 billion fiscal deficit in January.

This was revealed in its monthly economic report for January 2021.

According to the report, federally collected revenue in January was N807.54bn. 4.6 percent below the provisional budget benchmark and 12.8 percent lower than the collection in the corresponding period of 2020.

Meanwhile aggregate expenditure of the federal government increased to N770.77 billion from N717.6bn in December 2021.

Breakdown of the revenue from CBN shows Oil and non-oil revenue constituted 45.4 percent and 54.6 percent of the total collection respectively.

“The modest rebound in crude oil prices in the preceding three months enhanced the contribution of oil revenue to total revenue, relative to the budget benchmark,” CBN noted.

“At N285.26bn, FGN’s retained revenue fell short of its programmed benchmark and collections in January 2020, by 41.3 percent and 7.5 percent respectively. ,

“In contrast, the provisional aggregate expenditure of the FGN rose from N717.6bn in December 2020 to N770.77bn in the reporting period, but remained 14.4 per cent below the monthly target of N900.88bn,” CBN noted.

The report also showed Nigeria paid $620 million for debt service, which when converted to naira at a CBN interbank exchange rate of N381/$1 amounts to N236 billion.

What this means is that Nigeria spent 29.2 percent of its revenue servicing external debt.

Related Topics:CBNrevenue fall
Up Next