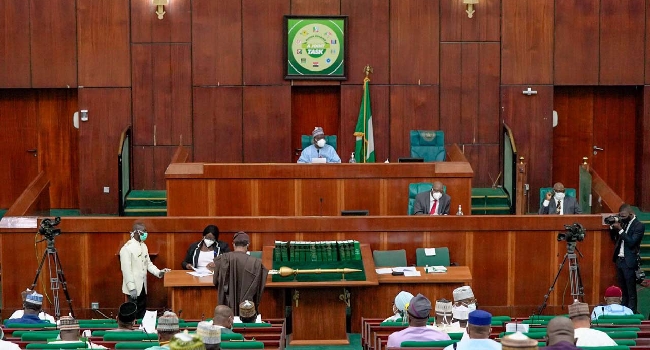 The apparent mishandling of the Naira redesign policy has elicited an intervention from the National Assembly, with the Lower Chambers inviting the Governor of the Central Bank, Godwin Emefiele and the Bankers Committee to a meeting later today (Wednesday, January 25), to explain why the newly designed naira notes are not fully in circulation.

As the January 31 deadline for the mopping of old Naira notes looms, many Nigerians, especially in rural areas, are in agony over the scarcity of the new notes which has impeded commerce across the country.

In response to this situation, the apex bank established Cash Swap Centres across the 774 Local Government Ares of the federation.

This was contained in a circular issued by the apex bank at the weekend signed by Haruna Mustafa and Musa Jimoh, Directors of Banking Supervision and Payments Systems, respectively and dated January 20, 2023.

Addressed to Deposit Money Banks (DMBs), Mobile Money Operators , Super Agents and Agents, the circular said that the exercise would enable rural dwellers to seamlessly change their old Naira Notes for the redesigned ones.

It reads in part, “In furtherance of its Naira Redesign policy, the Central Bank of Nigeria (CBN) has sustained its nationwide awareness/sensitization programmes, enforced speedy collection of the new notes at CBN branches by the Deposit Money Banks (DMBs) and mandated issuance of the new notes through Automated Teller Machines (ATMs) to ensure distribution is fair, transparent and evenly spread across the country.

“In addition to these measures and in recognition of the need to maximise the channels through which underserved and rural communities can exchange their Naira, the Bank is launching a cash swap programme in partnership with Super Agents & DMBs. The programme enables citizens in rural areas or those with limited access to formal financial services to exchange old Naira notes for redesigned notes.

Sanctions For Erring Banks In order to ensure widespread adherence to the mandate, the CBN further revealed that banks that continue to fill their ATM machines with old naira notes will be sanctioned.

The Director of the Legal Services Department of the Central Bank of Nigeria, Mr. Kofo Salam-Alada, representing Emefiele, made this call, during a sensitization exercise at the Computer Village in Lagos State, last Wednesday.

“We also have monitors going around banks now. I have been to some ATMs this morning and I have done the reports. We are not mobilising the masses against the banks because the banks are there to serve you, but be rest assured that they will serve you now that they know that the CBN is on them to serve you with the new naira notes.”

Meanwhile, investigations by Ripples Nigeria who visited banks in the Ketu locality of Lagos State, confirmed that only Union Bank dispensed new notes as of Tuesday, January 24.

A visit to all the banks along the Mile 12 to Ketu corridor — First Bank, UBA, Access, FCMB, Zenith Bank, Eco Bank, Fidelity, GTB and Stanbic — revealed that the ATMs were empty, ostensibly due to the fear of sanctions by the CBN.

One of the bank security guards told this correspondent that the banks are yet to receive new notes while another revealed that some banks, who have the new notes, pegged the withdrawal limit to N20,000 per account, in order to ensure equitable distribution amongst customers.

To ease commence and ensure the widespread usage and distribution of the new notes, the Senate on Tuesday, urged the CBN to extend the deadline for the exchange of old naira notes from the January 31 deadline to May 31, 2023.

The Senate has also urged the CBN to open an exchange window where people that don’t have bank accounts to deposit their old notes.

The resolution of the Senate was a sequel to a motion by Senator Sadiq Umar, APC, Kwara North who demanded an extension to July 31, just as he was worried by the insistence of the apex bank that there would be no such extension.

Moving the motion, Umar who recalled that the Senate in its resolution on Dec. 28, 2022, urged the CBN to extend the use of the old notes from Jan. 31 to June 30, said that however, the apex bank had insisted on terminating the use of the old naira notes by end of Jan.

The Senator who lamented that there were no enough new naira notes in circulation and as such, moved that the date should be extended to July 31, said: “Experiences around the world have shown that such abrupt decisions if not controlled usually created chaos.

“The Senate should extend the use of the old notes to July 31.”

In his remarks, the President of the Senate, Senator Ahmad Lawan who noted that most of the senatorial districts did not have banks, said: “In rural Nigeria, there are no banks and people transact businesses with cash more often.

“There is no doubt that we must have a window for exchange. We must have policies by the CBN to have bank branches established in rural areas.

“We need this extension for the most ordinary Nigerians.”

Consequently, the issue was decided by votes with majority of the lawmakers in support of an extension to July 31, 2023.