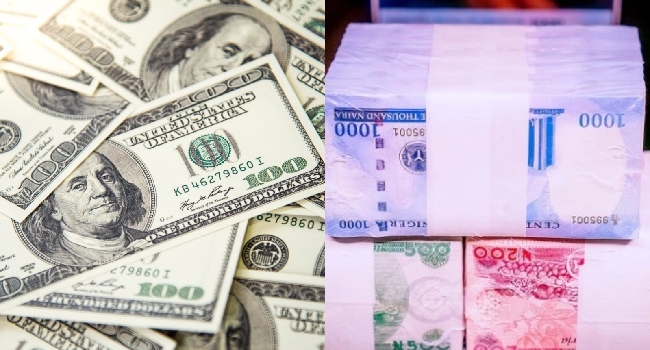 To stabilise the exchange rate in the official market, over $15.3 billion was disbursed into the economy by the Central Bank of Nigeria (CBN) in 2022.

According to the monthly and quarterly economic reports by the central bank, the $15.3 billion was injected between the first quarter and first month of the fourth quarter of last year.

It was noted that the scarcity of foreign exchange extended into 2023, as the disbursement from the central bank dropped quarterly.

Between January to March, the central bank disbursed $4.86 billion, “Total foreign exchange sales to authorised dealers by the bank, at $4.86bn, decreased by 5.8 per cent, compared with the previous quarter’s level,” the CBN report reads.

But this amount fell between April and June, as the apex bank could only supply $4.81 billion, “Total foreign exchange sales to authorised dealers by the bank at $4.81bn, decreased by 0.9 per cent, compared with the level in the preceding quarter.”

Also, in the third quarter covering July to September, Ripples Nigeria gathered that the disbursement dropped to $4.18 billion.

Note that in October, $1.46 billion was injected into the economy, as CBN continues to intervene in the exchange rate movement despite calls against it from the International Monetary Fund (IMF).

In its 2022 Article IV Consultation concluding statement, IMF had suggested that, “the CBN should step back from its role as main FX intermediator, limiting interventions to smoothing market volatility and allowing banks to freely determine FX buy-sell rates.”

The CBN ignored the advice from the IMF, disbursing $15.3 billion in 10 months to authorised dealers in order to increase availability of forex in the official market.

However, despite the intervention of the CBN, the naira depreciated against the dollar in 2022, as demand overwhelms both the official and black markets.

Also, in the black market, the dollar appreciated by 30.9 per cent, pushing the exchange rate to N740/$1 at the end of last year, significantly above the N565/$1 it began the year with.

Related Topics:black marketCBNForexnairaofficial market
Up Next