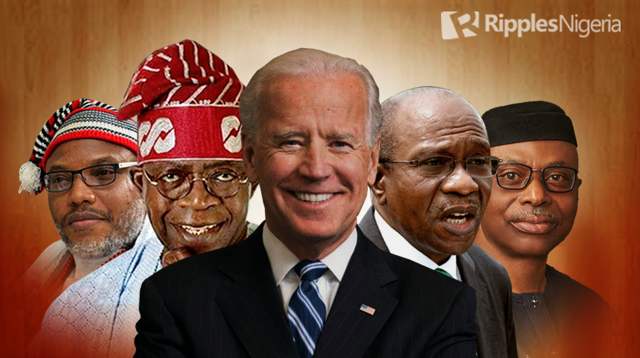 The Central Bank of Nigeria (CBN) announced its intention to redesign the Naira notes effective from December 15.

1. CBN’s planned redesign of the Naira

On October 26, the CBN Governor, Godwin Emefiele, announced at a press conference in Abuja that new notes of N200, N500, and N1000 would be in circulation effective from December 15. He said the policy was aimed at reducing the currency outside the bank vaults.

“As at the end of September 2022, available data at the CBN indicate that N2.73 trillion out of the N3.23 trillion currency in circulation, was outside the vaults of commercial banks across the country; and supposedly held by the public.
“Evidently, currency in circulation has more than doubled since 2015; rising from N1.46 trillion in December 2015 to N3.23 trillion in September 2022. This is a worrisome trend that cannot be allowed to continue,” he said.

Without a doubt, the policy initiative speaks to all that is wrong with the Nigerian economy, and the various gambles to curtail rising inflation and the crumbling Naira.

However, the statement credited to the Minister of Finance, Budget and National Planning, Zainab Ahmed, points to the lack of synergy among various characters in President Muhammadu Buhari’s administration.

The frequent clash between officials of Buhari’s government on major policies and the inability of the man at the centre to handle such satisfactorily or call them to order fully illustrate the failed leadership in the country.

It might also mean some individuals in the government are out to protect powerful interests who are uncomfortable with the idea of returning cash they are holding illegally to the bank vaults.

2. US, UK, and others terror alert

The United States, the United Kingdom, and other foreign nations last week warned their nationals living in Nigeria of planned terror attacks in the Federal Capital Territory (FCT).

In a memo published on its website on October 23, the US Embassy cautioned Americans and Nigerians to remain vigilant and avoid any unnecessary travel or movement at this time.

The latest alerts by foreign governments is a clear reminder of the very fragile security system in Nigeria, and reinforces the call for rejig of the country’s security architecture which is in serious distress.

The far reaching implication is that if nothing is done to tackle identified weaknesses in the country’s security architecture, the free fall into a state of anarchy would be hastened.

READ ALSO:QuickRead: Gov Wike’s endorsement of Sanwo-Olu. Three other stories we tracked and why they matter

The Court of Appeal, Abuja, on October 28 granted the Federal Government’s application for the stay of execution of a judgment freeing the leader of the Indigenous People of Biafra (IPOB), Nnamdi Kanu.

A three-member panel of the appellate court led by Justice Haruna Tsamani resolved to stay the execution of its own judgment after listening to arguments from both parties.

Justice Tsamani, who read the judgment, said: “After listening to arguments from both parties, the court resolved that the counter affidavit filed against the application was misleading.
“Therefore a stay of execution of earlier judgment has been granted pending the determination of the appeal by the Supreme Court.”

The appellate court’s ruling goes far to remind us of the intricacies of the judicial process which is laced with loads of technicalities. The order means that the Buhari administration has received a major lift in the bid to further detain the IPOB leader legally.

The other import of this development is that it stokes further tension in the South-East region even as the overwhelming feeling suggests that the government should consider a political solution to the Kanu-led
clamour for a sovereign state of Biafra.

The agency, however, expressed fear of political unrest in Nigeria in the aftermath of the APC candidate’s success in the election.

The report read: “Indeed, we maintain our view that the ruling party’s Bola Ahmed Tinubu is the candidate most likely to win the presidential election as a split opposition vote will favour the All Progressives Congress.
“Protests and social discontent are likely to ramp up in the aftermath of a Tinubu win since this would end the recent trend of the presidency alternating between Muslims and Christians.”

Although the Fitch Ratings prediction may sit well with the former Lagos State governor’s supporters, recent evidence had shown that success in opinion polls and other random sampling techniques rarely counted in real-time situations.

In several instances, these procedures hardly conform to empirical indicators on the direction of the election and their conclusions may turn out to be infantile and celebrations of beneficiaries of such projections premature.

The former Ondo State governor, Olusegun Mimiko, on October 26 rejected his appointment as the leader of the Peoples Democratic Party (PDP) Presidential Campaign Council in the state.

He confirmed the development in a statement issued by his media aide, John Akinduro, in Akure, the state capital.

“Dr. Olusegun Mimiko has been inundated with calls and messages from the general public, and his political friends and concerned individuals around the nation; and in particular, his teeming supporters across the length and breadth of Ondo State, seeking clarity on fake news making the rounds since yesterday that he had ditched Governors Nyesom Wike, Seyi Makinde and their colleague governors.
“They wanted to know if he had abandoned the agitation for regional equity within the PDP; and in particular, making a party member of southern extraction the national chairman before the 2023 election,” the statement said.

In restating his ties with the Governor Nyesom Wike-led G5, Mimiko’s public rant calls attention to the traditional claim that politics is an interest-driven game.

The PDP is obviously running out of time to put its house in order with just four months to the 2023 presidential election. The failure of parties in the crisis to put aside their ego and work together has cast doubt on the party’s readiness to regain power in 2023.

The party members may have inadvertently played into the hands of their foes with the senseless and damaging infighting.

QuickRead: Buhari’s latest medical trip to UK. Four stories we tracked and why they matter

QuickRead: Gov Wike’s endorsement of Sanwo-Olu. Three other stories we tracked and why they matter