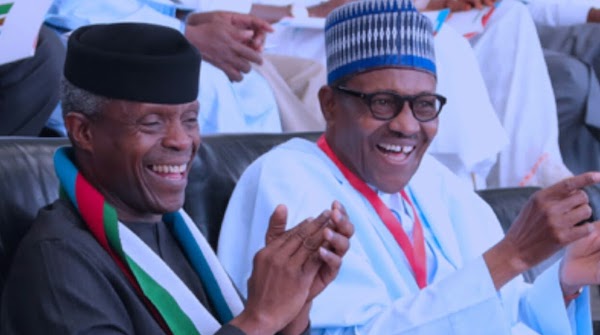 The Code of Conduct Bureau (CCB) has declared that the contents of asset declaration forms of public officers, including President Muhammadu Buhari and Vice President Yemi Osinbajo are private and not for public consumption.

The Bureau said the law guiding its operations did not allow for such disclosure and that it could only make them public if the National Assembly amends the law.

The CCB, in a counter-affidavit deposed to by a senior official of the Bureau, Ellis Adebayo, in response to a suit filed by the Socio-Economic and Accountability Project (SERAP) before the Federal High Court sitting in Lagos, stressed that though it had custody of the asset declaration forms of presidents, vice presidents, Senate presidents, Speakers of the House of Representatives, governors and deputy governors since Nigeria returned to democracy in 1999, such public officials had over the years refused to give their consent to make the information in their asset declaration forms public.

SERAP, through the suit, is seeking the disclosure of the content of the asset declaration forms submitted by Buhari and Osinbajo.

Adedayo said she was informed by the Bureau’s lawyer, Musa Ibrahim, that the law did not permit the CCB to supply SERAP with the information in the Buhari and Osinbajo’s asset declaration forms.

She said: “The asset declaration forms of the President and ministers of the Federal Republic of Nigeria requested by the application contain personal information about them and their properties, assets, and liabilities and those of their wives/husbands and children under the age of 18 years.

The CCB further noted that it was not under any obligation to submit asset declaration forms to anybody; and that the Freedom of Information (FoI) Act SERAP is using as a pivot for its request is in conflict with the 1999 Constitution and is therefore null and void.