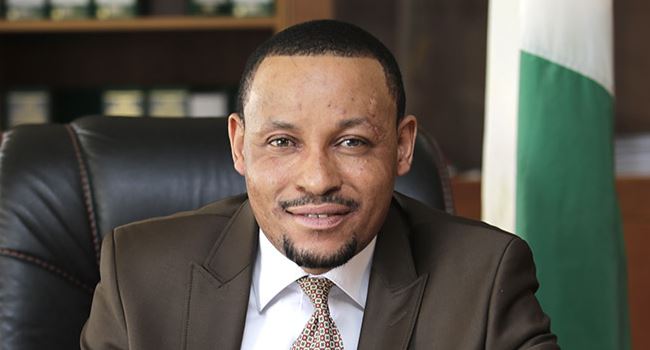 Chairman of the Code of Conduct Tribunal (CCT) Danladi Umar has moved to stop the Senate’s probe into an assault allegation against him with originating summons from the court.

However, the committee described the originating summons as a fruitless ambush, giving the embattled CCT Chairman, two weeks, July 27, to appear before it or risk the issuance of a warrant of arrest against him.

The Senate Committee on Ethics, Privileges and Public Petitions has been investigating Umar over a case of alleged assault against one Clement Sagwak at an Abuja ashopping mall in March this year.

The committee had on the strength of petition forwarded to it by Sagwak’s lawyer, Timzing Venyir Ramnal, summoned Umar to appear before it, which he did in April, and begged for time to study the petition, however, the CCT Chairman had refused to appear before the committee since then.

At the session on Tuesday, Umar’s lawyer, Toluwa Odekhe, told the committee that the matter was in court and had two originating summons to that effect.

“I most respectfully on behalf of my client, the Chairman of the Code of Conduct Tribunal, inform you that the matter scheduled for discuss here is already in court and any move to continue any form of proceedings on it is subjudice,” he said.

However, Chairman of the Committee, Sen. Patrick Ayo Akinyelure replied him, saying his action was a clear ambush, which would not work, as no arm of government, could stop another arm from doing its constitutionally mandated work.

Akinyelure said, “This committee will not be cowed by the purported originating summons because none of the parties went to court before it started its investigation on petition bordering on assaults

“Therefore, Danladi Umar, wherever you are on your sickbed , you must appear before this committee in two weeks unfailingly to avoid invocation of sections 88 and 89 of the 1999 Constitution which borders on warrant of arrest.”

A member of the committee, Senator Opeyemi Bamidele, who is also the Chairman, Senate Committee on Judiciary, Human Rights and Legal Matters, accused Umar’s lawyer of acting in bad faith.