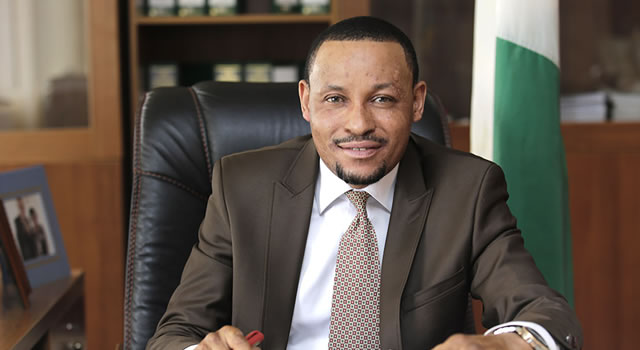 Embattled Chairman of the Code of Conduct Tribunal (CCT) Danladi Umar, has instituted a suit against the Minister of Justice and Attorney General of the Federation, Abubakar Malami, Senate President Ahmed Lawan, and the Senate panel set up to probe an alleged assault on a security man, Clement Sargwak, at the Banex Plaza in Abuja.

in March this year, the CCT boss, with his security details, were seen in a viral video attacking the victim because he asked them to park their vehicle properly.

The uproar caused by Umar’s actions led to the Senate, through its Committee on Ethics, Privileges and Public Petitions, to begin investigations into the assault, but Umar has moved to stop the probe with the suit filed at a Federal High Court in Abuja.

Umar is praying the court to interpret the constitutional powers granted by the “Red Chamber or its Committee if they cover public assaults or if the task did not fall entirely within the purview of the police and judiciary.”

In the case numbered FHC/ABJ/ CS/671/2021, Umar is challenging the Senate’s powers to conduct the investigation and the purposes for which they are exercisable.

In the originating court summons signed on Umar’s behalf by Sunday Edward from Abuka and Partners, made available to journalists in Abuja at a press conference on Sunday, by the Committee Chairman, Senator Ayo Akinyelure, the CCT boss reinforced his quest to know if the defendants are constitutionally empowered to investigate the matter.

“Whether the purported case of assault, which allegedly took place at Banex Plaza on March 29, 2021, forms part of the matters the first defendant is constitutionally empowered to investigate

“Whether the first defendant and its committee, that is the third defendant, are competent to investigate and/or invite the plaintiff in relation to the investigation of the allegation of assault levelled against him.

“Whether the powers of the first defendant to conduct the investigation are not by and/or subject to provisions of Sections 88 and 89 of the 1999 Constitution of the Federal Republic of Nigeria (as amended) and are not exercisable for the purposes of making law and exposing corruption, inefficiency or waste in the execution or administration of laws within its legislative competence and in the disbursement or administration of funds appropriated by the first defendant.

“Whether the first defendant’s move to conduct an investigative hearing on the petition before it is not unconstitutional and does not amount to an unwarranted usurpation of the functions of the police and of the courts of competent jurisdiction.”

Akinyelure who regretted that the hunted has now become the hunter, said with the summons, it is clear Umar would not appear before his committee on Monday.

“But Umar’s action will be challenged in court by the Legal Department of the National Assembly since no arm of government is empowered to stop another from carrying out its constitutional duties or functions.”