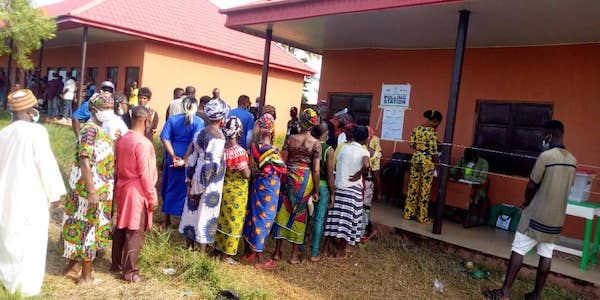 The Centre for Democracy and Development (CDD) on Saturday frowned at the high incidence of vote-trading allegedly recorded in the Edo State governorship election.

According to the CDD, reports from its observers on the field showed that politicians, in an attempt to circumvent the electoral process, used young girls as their contact with the voters.

The Director of CDD, Idayat Hassan, who disclosed this at a press briefing in Benin, lamented that young girls were used for indirect vote-buying during the election.

She said: “We saw largely vote-buying in the Edo election, the most worrisome trend in this election is the level of sophistication at which politicians engaged in the anomaly of vote-buying.

“In some cases, votes were traded for Ankara materials, and cash gifts from N1,000 to N15,000, Spaghetti and other food items.”

Hassan said the centre was concerned that despite expending time and resources to deploy thousands of law enforcement officials for the election, nothing was done in the face of infractions such as vote-buying.

On the adherence to the COVID-19 protocols by the Independent National Electoral Commission (INEC), Hassan said CDD observers reported a general non-compliance to key protocols for preventing further spread of the novel disease.

The CDD chief said: “The flouting of the rule of physical distancing was the order of the day. There was a complete inability of INEC to maintain her two-meter rules as written in her guidelines.”