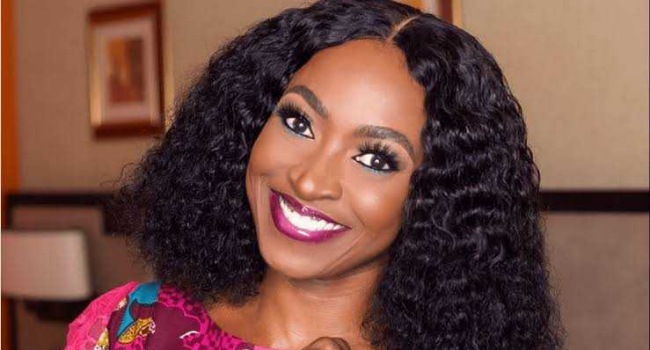 Sammie took to his Twitter account to rant following the second episode of the BBNaija Shine Ya Eyes reunion show where he had addressed his fallout with Angel.

Angel and Sammie who were very close while in the house parted ways after he slut shamed her for frolicking with other male housemates.

However, the two reconciled before the reunion and many thought that they had settled their differences.

Well, it seemed it was all for clout as Angel took to Instagram to unfollow Sammie and Emmanuel.

Sammie, who was clearly hurt over the incident, called out Angel for playing with his emotions.

“You can’t hurt me again!
All I ever did was wish you well in private and in public.
“How do you switch up on me calling me negative energy over something we have talked about over & over again?
“We even became closer.
How do u watch something u were part of & get angry with me again!.
How about emotional abuse!
How about manipulation.
“Why do people not see that I was abused?
“ I am really a good person tbh because if I do half of what you did to me to you maybe we will be hearing men are this and that but the person that you were using to catch cruise on top my head played you and I still stood by you because I genuinely like you as a friend!”.

Veteran actress, Kate Henshaw on Friday, June 3 shared a post to reflect on one of the darkest moments in life.

According to the actress, she almost took her life in 2015 after her house was gutted by fire.

In a lengthy post shared on her Instagram page, Kate Henshaw said the fire incident where she lost all her property left her devastated and she didn’t know how to move on.

“Thank Almighty God that we don’t look like what we have been through… This was after the fire incident where I lost all my worldly stuff… I say worldly because they were just stuff.. I still had my life but I was so devastated that I didn’t know how to move on…I didn’t think life was important at the time.

“JUNE 25, 2015…. I contemplated suicide in some moments… Felt there was nothing left to live for… The premiere of our series “DOGOOD” was days away and @africamagic, then @wangistar was the head said, you don’t have to show up, we will understand ” but something inside of me said ” you are not staying down, you will go.”

Second generation thespian, Yul Edochie has explained why he decided to marry a second wife.

In April, Yul stunned everyone when he announced that he had a son from his colleague Judy Austin who is now his second wife.

The actor explained in a 9-minute video why he could not resist tying the knot with his second wife, Judy Austin-Moghalu.

He stated that he could not let Judy go after the impact she made on his life.

“At this stage in my life, I think it is possible for a man to love two women because two women can contribute differently to the man’s life.

“Someone cannot come into your life and make so much impact and you just cannot let this person go. Of course, a lot of people would say, as a married man, why did you allow a woman to come into your life. I said it is wrong, and I take the blame for that.

“These things happen. Let’s be honest. It happened to me. I realized I just could not let this wonderful woman leave my life.

Why I married a second wife. https://t.co/ETOpTOimab

Toke Makinwa explains why it is pivotal to stay single

Nigerian media personality, Toke Makinwa has advised that it is appropriate to remain single and experience peace rather than enduring a bad marriage.

The media personality also slammed the society on their perception about marriage.

“Society encourages that sort of narrative, women are seen as strong by the amount of beating she has to endure till the man is ready to give her peace.

“When they meet the women who stand up for themselves?

“Society labels them as wayward and too opinionated. Who is Society again?

“They automatically think being alone at a certain age means you are miserable.

“Would you not rather be 55 and alone than enduring BS with someone? If that’s the definition of miserable, which one will you rather be?”

Grammy award winner Burna Boy on Saturday, June 4 subtly shaded his ex-partner, Steff London on his Tik Tok account days after she disclosed she was releasing a “diss track”.

Stefflon had said that she’ll be dropping a “diss track” to share her side of the story while also sampling the Nigerian singer’s recent hit “Last Last” in the snippet of her song.

However, the “diss track”” was flagged down by various music streaming platforms, including YouTube and Spotify due to copyright infringement.

Burna Boy has now shared a video of his friends singing his song “Last Last” as they hung out together. The video came with the caption “when your boys knew she was for the streets”.

Big Brother Naija housemate Pere Egbi has denied claims that he is having an affair with the first lady of Kogi State, Rashida Bello.

The former US marine turned reality TV star made this known via his Twitter page while reacting to a tweet that speculated the said relationship.

“For the records, the publication about me and the First Lady of Kogi state is a demonic lie and a figment of a diseased imagination of Jackson Ode and those retweeting that rubbish, they must answer me in court both in Nigeria and in the United States of America where he is based,” he tweeted.

Empress Njamah calls out Ada Ameh, accuses her of bullying