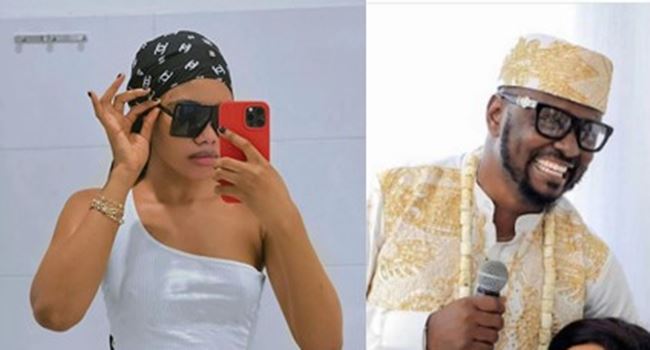 Nollywood actress Tonto Dikeh’s ex-boyfriend, Prince Kpokpogri has detailed how he had an affair with Instagram dancer Janemena.

The activist made this known in a leaked audiotape released by a popular blogger, Gistlover.

In the leaked tape, the activist bragged about his masculine prowess and how the IG influencer was able to match up to his energy.

According to the politician, they engaged in the amoral act even after her marriage.

He also talked about how Janemena was the breadwinner in her marriage.

In a question and answer session she had on Instagram, Temmie alleged that Olamide brought her from Ilorin to Lagos at the age of 18, allegedly rejected every show and offer she got, and also stopped her from releasing music.

Temmie alleged that Olamide “wrecked her mind up” and tried to compensate her, but she let it all slide because she doesn’t enjoy talking to his minions or being associated with them.

Here is a detailed narration of how Ovwasa claimed Olamide ruined her mental health.

Moments before Nkechi’s mother was taken to her final resting place, the actress wept profusely, passing out along the way.

Her family and friends were able to resuscitate her almost immediately after she fainted.

Watch the emotional moment below.

Angel Smith, a finalist at the recently concluded Big Brother Naija Shine Ya Eyes edition has revealed she has been receiving calls from unknown numbers threatening to murder her because of her ”relationship status”.

In a thread published on the microblogging site, Twitter, Angel said she’s very much single and she’s not in love with anyone, contrary to what people assume and think about her relationship status.

Comedian Mr Macaroni explains why he can never respect the government

Social media comedian and Nollywood actor, Adebola Adedayo, better known as Mr Macaroni, has said that he cannot respect the government of the day because of his experience with police brutality.

Taking to his Instagram page, Mr Macaroni slammed celebrities for not calling out the government after the Lekki Tollgate shootings on October 20, 2020.

The comic actor also came for celebrities who collected money to perform at the event put together by the Lagos State government.

According to him, there are some things that are bigger than money because people are suffering and the government is doing nothing about it.

A leaked audio recently surfaced online where celebrity interior designer and businesswoman, Ehi Ogbebor allegedly threatened the ex-wife of her newly found love; hours after being called out over a romantic affair.

Ehi who was formerly in a relationship with the NURTW chairman, Mc Oluomo, reportedly dumped him; to be with the new man whose ex-wife used to be her family friend.

In the leaked audio, the businesswoman could be heard threatening to beat up the estranged wife of her new lover; as she dares her to come to Nigeria to address her face-to-face.

Listen to the tape.