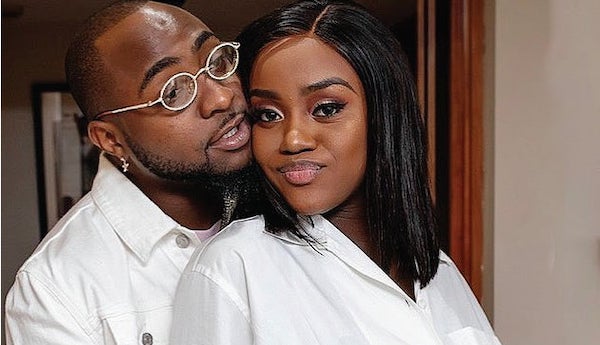 American chiropractor, Justin Dean has explained why he has started dating again after his marriage with Nigerian choreographer, Korra Obidi crashed.

In March 2022, Justin Dean announced his seven-year union with the popular Instagram choreographer was coming to an abrupt end shortly after they welcomed their second child.

Though he claimed he doesn’t have plans to remarry and would rather focus on his kids at the moment, the father of two had also been spotted having a date night with another lady.

Dean shared a video of him and a Nigerian lady identified as Tokumbo Daniel taking a stroll with the caption “Date night.” The caption was accompanied by some love emojis.

In a recent question and answer session on Instagram, he confirmed he is dating again. When asked why he’s dating again barely a year after his divorce from Korra Obidi, Dean gave the response YOLO, meaning ‘You Only Live Once’.

Read his confession below.

In a recent interview with the American radio host, DJ Sway, Akon hailed Wizkid, Davido, and Burna Boy for introducing Afrobeats to the world.

He stated that the aforementioned musicians are transforming Nigerian music, however, Wizkid is the ‘natural born superstar’ and he is the biggest name in the industry.

He added that Wizkid is one of those guys that put up one record a year and the record lasts a whole year.

“Wizkid is probably the poster child of Afrobeat and he is the biggest name”.

He added, “Wizkid is just a superstar, he is one of those guys that put up one record a year and the record last a whole year. He is a born star without a doubt”.

Listen to Akon speak below.

Akon talks about Wizkid, Davido and Burna Boy in his recent interview — this is a must watch and interesting discussion.

Nigerian songstress, Tems whose real name is Temilade Openiyi had a remarkable moment at the Global Citizen Festival in Ghana when she discussed why she consistently advocates for gender equality.

The hosts questioned Tems about why she consistently advocates for gender equality in her songs and podcast.

In response, the singer stated that she supports gender equality because not enough opportunities are provided for women.

She continued by saying that if she could provide more chances and possibilities for women, she would.

Tems said, “We don’t get enough chances. Women need more chances, women need more opportunities in this world. And if I can give it, why not.

“I feel if you love someone you show them off. And I want to show off every woman in this world because they deserve it”

Israel Afeare, the logistics manager of Nigerian recording artiste, Davido on Saturday shared a photo of the musician and his baby mama, Chioma Rowland on his Instagram platform.

He stated in his post that no one should interfere with a man and his woman’s private affairs.

Tekno shades a certain artiste for ‘being broke’

Nigerian singer-songwriter, Tekno via his Instagram platform addressed a certain musician who has been nagging about being owed a certain amount of money.

According to Tekno, only broke people nag whenever they are owed money.

While Tekno did not mention any artiste’s name in his post, it would be recalled that Dammy Krane alleged on Twitter several days ago that Davido is yet to pay him for his 2017 single titled, ‘Pere’.

Nigerian actress, Chacha Eke on Thursday disclosed how she developed her mental illness.

Chacha Eke who has been a vocal advocate for mental health since being diagnosed with bipolar disorder has revealed new information about her condition.

The actress in her post acknowledged that her daughter would likely inherit her mother’s “craziness” in addition to her own.

She also disclosed that she miscarried a child 18 years prior and the baby passed away.

According to her, she is still in agony because of the tragedy.

Speaking in a video uploaded on her Instagram platform;

“I am crazy, I got it from my mama. My mama was a crazy woman, her mama was crazy. My daughter will probably grow up and be a crazy little lady. That baby died and I’m so pained… 18 years gone but I never forget”