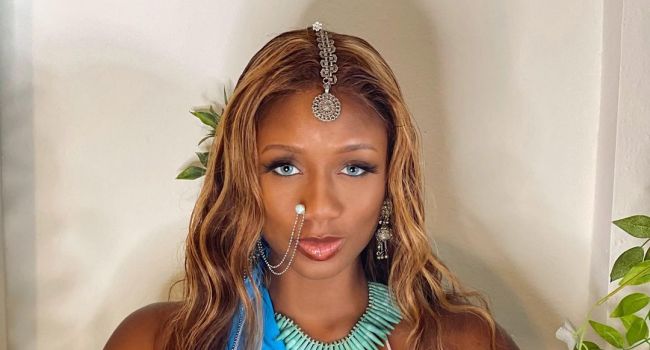 Nigerian recording artiste, Timi Dakolo has opined that the statement, ‘money is the root of all evil’ remains the biggest lie told by men of God and preachers.

”One of the biggest lies we were taught was that“money is the root of all evil”. And people we looked up to as the mouthpiece of God screamed it repeatedly until it stuck in people’s minds.

“They saw the drive to want and Chase money as evil. So many people settled.”

Justin Dean, the estranged husband of the renowned Instagram dancer, Korra Obidi has accused her of cheating on him with Mavin record boss, Don Jazzy.

The Chiropractor had called off his union with Korra in March 2022 over infidelity which she allegedly repeatedly engaged in while married to him. He has now taken to social media to make another revelation.

Read the screenshot Justin Dean shared on his Instagram platform.

The actress stated in her post that several people are not prepared for this discussion.

Nigerian business magnate, Femi Otedola has shown his approval of his daughter’s fiancé by posing with the newly-engaged couple and sharing the photo on his Instagram platform.

Taking to his Instagram platform on Saturday, April 16, Femi Otedola had a broad smile on his face as he embraced his soon-to-be son-in-law, singer Mr. Eazi, and daughter, Temiloluwa Otedola.

In the picture which was taken in Lagos State, Nigeria, Temi subtly flaunted her engagement ring as she placed a hand on her father’s chest.

“Eazi does it,” Femi Otedola captioned the photo.

Popular Nigerian dancer and Instagram celebrity, Janemena has unveiled one significant way people can identify a man who is in a peaceful marriage.

According to Janemena, men who people say that their wives are the ones ‘controlling” them are actually living in peace.

Jane aired her opinion on her Instagram platform as she shared a lovely photo of herself and her husband, Andre Plies.

Former Big Brother Naija housemate, Alex Asogwa on Monday, April 11 published a lengthy note on her Instagram platform to deny the claim that she is having an affair with another woman.

The reality star added that she has also never been involved in a relationship with a married man.

“That being stated, I challenge the blogs to bring out the proof that supports their allegations. I’m not requesting one of the fabricated chat or voice notes that you people usually put together to back up claims and deceive people as I’ll need to know whoever is behind this.

“If you put this together by yourself, I’ll pay for the flight of whoever and whatever it is that concocted such news. Come and say it
to my face, I dare you. Amuchechukwu Asogwa fears no allegation as my slate Is ultra clean.

“I won’t turn off my comment sections, I won’t run from anyone, I fear nothing. I’m here. There are still people out here that work hard to attain heights.

Do not let these blogs push you into believing everyone lives a bad life especially as they do to women in the industry.”

Several hours after his concert in Lagos on Friday, April 15, he shared a video via his Instagram story where he gave shout-outs and talked about how he is having a good time in the Yoruba language.

The rapper was heard saying “mo nife Nigeria” which means in Yoruba, “I love Nigeria”