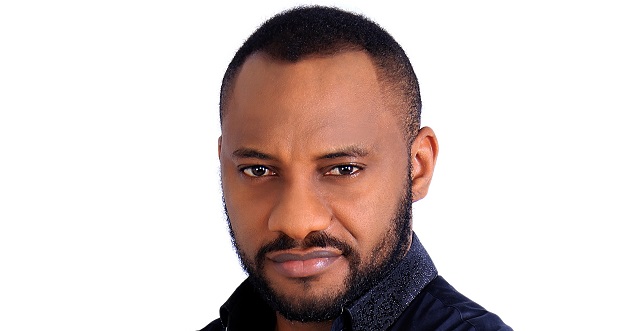 Nollywood actor, Yul Edochie has responded to speculations that he is responsible for the pregnancy of his colleague, Judy Austin.

Yul, the youngest son of veteran actor Pete Edochie took to his Instagram platform on Saturday, July 10 to urge social media trolls to quit prying into his personal life.

“They are busy discussing my private life which is not their business. But I’m not surprised.

“That has always been one of our major problems in Nigeria, always ignoring relevant issues and focusing on frivolities.

“People who have never acknowledged my contributions to nation-building are quick to discuss my private life all in a bid to bring me down.

“Well, sorry to disappoint you, you can’t bring me down.

“God lifted me, designed and equipped me for a divine purpose on earth.”

This is coming days after the rapper, Bia claimed she didn’t know what he and other top Nigerian artistes; Davido and Wizkid look like.

Burna Boy tweeted in Pidgin English, “That babe wey nor know our face don dey my dms since 2018 o.”

The American singer made the statement on Friday while she was live on Instagram with popular rapper, Nicki Minaj, to promote their new song.

When asked to choose which of the three artistes she would like to have a relationship with, she said, “I don’t know what they all look like.”

Following the outrage that greeted her statement, the ‘Whole Lotta Money’ crooner took to Twitter to apologise, and clarify what she really meant by her statement.

“I said I don’t know what they all look like doesn’t mean I don’t know their music. I didn’t mean to offend anyone #LOVE,” she tweeted using the Nigerian flag emoji.

Big Brother Naija star, Tochi reveals he was molested and fired by ex-boss

Big Brother Naija Lockdown star, Tochi, born Tochukwu Okechukwu revealed in a Twitter post that he was molested by his former boss. According to the reality star, he was fired the following day after he complained about not being comfortable with how his madam often caresses him.

The reality star went on to reveal that the incident took place three years ago.

“I remember 3 years ago, I was sacked from a job because I told my Madam to stop touching me unnecessarily!!!!

“The next day, she called me into her office and said she can’t be paying me salary anymore just like that.

Incest? Tonto Dikeh explains why she shared a kiss with 73-year-old father

Nollywood actress, Tonto Dikeh took to her social media page to deny reports that she involved in an incestuous relationship with her father after photos of the duo sharing a kiss surfaced on Instagram.

The movie star, who took to social media to celebrate her father’s 73rd birthday, enraged social media with a photo of herself, dad and son as she eulogised him.

The picture, which she shared via her Instagram page, showed her kissing her dad on his lips with son, King Andre, standing in-between staring at them.

Social media users called out the mother of one.

The actress however defended her action, stating her father is not the typical Nigerian dad as he grew up in the US and it wasn’t a big deal with him.

She wrote: “My dad grew up in Ohio, married a black American. Came home to rest, not your regular African pops, I must say!!”

Former Presidential aide, Reno Omokri has addressed those criticizing general overseers of Nigerian churches who did not attend the funeral of late Prophet T.B Joshua.

The funeral service of the Synagogue Church of All Nations (SCOAN) preacher and founder took place on Friday, July 9 at the church premises in Lagos State.

Reno Omokri has slammed those criticizing top general overseers for not showing up at the funeral ceremony.

He mentioned that Nigeria’s economy is dying and the topic on the Internet is about those that did not attend the funeral of a dead man.

“People usually only attend the funerals of men and women they associated with during their lives.

“Nigeria generated ?3.4 trillion in 2020, and spent ?3.3 trillion servicing (not repaying) debt, and our priority is who did or did not attend a dead man’s funeral?

“The man has died and cannot un-die.

“But our economy is dying when our government spends 95% of its revenue servicing debt!

“Let us focus on issues that matter!”

This is coming after controversial media personality, Daddy Freeze took time out to criticize renowned General Overseers for failing to pay tribute to TB Joshua.