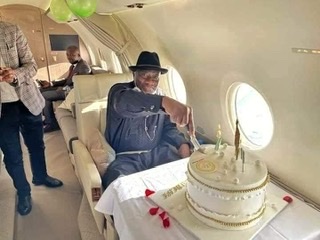 The Governor of Enugu State, Ifeanyi Ugwuanyi, on Friday confirmed the appointment of the reality star.

This was announced in a statement on Friday titled, “Gov Ugwuanyi receives Whitemoney, confers him with ‘Ambassador of Enugu State in Creative Arts’.”

Former presidential aide and social media commentator, Reno Omokri sang the praises of Nigerian recording artiste, David Adeleke aka Davido after he gave away the sum of N250 million to various charity homes across the country.

Davido stunned several social media users after he revealed on Saturday, November 20 that he was giving back the money amassed during his ‘funds challenge’ donation to orphanage homes.

The singer in a statement mentioned that he received a total of N200 million from his fellow celebrities and fans around the world; he went on to reveal that he was adding the sum of N50 million to bring the funds to a total of N250 million.

Applauding the award winning singer on Instagram, Omokri stated that there was a reward for Davido from God, however, the singer is wiser than those who gave him money.

”Davido is much wiser than all those who gave him money on his birthday. He understands the spiritual realm and the ways of God. He has secured a soft spot in the Heart of the Creator, by virtue of James 1:27. I commend him. What a heart of Gold. What a man to watch for the future. Could his life trajectory be like Ronald Reagan’s? Those who gave to him are different issue entirely. They should read Proverbs 22:16.”

The former President of the Federal Republic of Nigeria, Goodluck Ebele Jonathan who clocked 64 on Saturday, November 20 shared photos from his exhilarating birthday celebration in a private jet.

The former leader of the nation was seen with his wife, Patience and some other close associates celebrating with him.

Jonathan served as the president of Nigeria from 2010 to 2015 before he lost in the presidential election to President Muhammadu Buhari.

See photos of Jonathan having a great time below.

Renowned twin duo, Peter and Paul Okoye became fan favourites once again after they put their differences aside.

The members of the twin band, P Square put smiles on the faces of their fans across the world after they performed together at their 40th birthday ceremony on Wednesday, November 24.

It was the first time in four years that the popular twins will be performing together. Though it was unofficial, fans are fascinated that they will finally receive new material from Peter and Paul in the near future.

Watch the twins perform below.

The former Big Brother Naija season six housemate took to the social media platform, Snapchat where she narrated the incident.

According to the reality star, the fire started after power was restored to her apartment, a surge set her Air Conditioner on fire.

Here is her statement:

Singer Adebayo Adeleke popularly known as B-Red on Friday, November 19, took his son, Jordan, to see his father, Ademola Adeleke, for the first time and the reception was heartwarming.

Ademola Adeleke nicknamed ‘Dancing Senator’ is the brother to Davido’s father, Adedeji Adeleke. He ran for Osun State governorship position in 2019, but lost to Gboyega Oyetola.

In the heartwarming video published by B-Red on social media, Jordan was hesitant to meet with his granddad but he later let down his guard and warmed up to his grandfather.

Watch the adorable clip below.