CELEB GIST: Is Bashir, El-Rufai's son, getting a divorce? Actor Alex Ekubo walks down the aisle this year, and more... | Ripples Nigeria 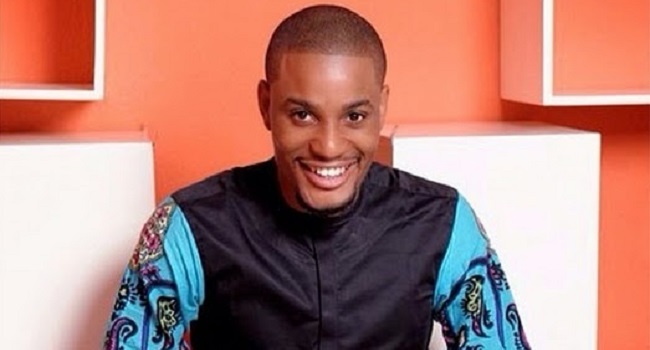 Is Bashir, Governor El-Rufai’s son getting a divorce?

Bashir El-Rufai, a son of Kaduna state governor, Nasir El-Rufai dropped a suggestive post on the social media platform, Twitter during the early hours of Saturday, suggesting he may be heading for a divorce.

According to Bashir, the ideology and concept of family is overrated, specifically stating in the now deleted tweet that he is officially done with his union.

Bashir tied the knot in November 2020, at a wedding ceremony that was well attended by dignitaries from across the country.

Taking to the social media platform, Twitter on Saturday, he wrote; ”I am officially done. Family is over rated tbvh”

Actor, Alex Ekubo, prepared to walk down the aisle in 2021

The Nollywood actor recently revealed that he is prepared to walk down the aisle with the love of his life in the concluding part of 2021.

Although Ekubo did not mention specifically when the ceremony would take place, he did reveal via his Instagram platform that he is taking necessary steps to make sure the ceremony happens within the year.

Here is the announcement that the ‘Lagos Cougars’ actor made on Instagram;

”My Fiancée, @fancyacholonu & I thank you all for the outpour of love & support, from the bottom of our hearts we say thank you & God bless you all.

“On Monday 10th May, we would be officially announcing our wedding dates, happening THIS YEAR!!!”he wrote

On Tuesday, May 4, Pastor Dare Adeboye, the son of the Redeem Christian Church of God (RCCG) general overseer died at the age of 42.

On Friday, May 7 while preaching at his church’s edition of it’s Holy Ghost service, Pastor Adeboye urged everyone to always give thanks to God and say ‘It is well’ even in the face of crises rather than ‘blame and question God’.

“Whatever we have is given to us by God, be it wealth, wife, husband, children e.t.c and if it got taken away by God, all we can do is give God glory for actually giving us the privilege to enjoy those wealth or kids temporarily and it is not for us to complain, blame and question God.” he said.

With biblical reference to Ezekiel 24:16, the clergyman said

“God took away Ezekiel’s wife and asked him not to mourn over her. What we see as sorrows might be joy in the sight of God, I mean His ways and thoughts are not the same with ours, we shouldn’t forget that both good and bad happen at God’s command. (Lamentations 3:38).

“Finally in all things let’s learn to say thank you father and It is well. God bless all of you in Jesus’ name,” Adeboye said.

The Nigerian shared a video of Imade in the ride on his Instagram page and wrote;

Davido has two more children. Hailey from his second baby mama, Amanda, and Ifeanyi from his ex-fiancee, Chioma.

Big brother Naija star, Mercy Eke has reacted to reports that she is the primary cause of the shocking divorce between footballer, Aaron Samuel and wife, Chinwo.

Eke who is alleged to be the third wheel in the marriage has denied any involvement with the footballer.

Here is what the reality star had to say about the controversy;

“He is a ‘boy’ to someone I know and I can never stoop that low. Please I don’t f*ck small boys, I don’t have anything to do with small boys. I really didn’t want to address this but since you called me I have no choice but to respond to your questions. Thank you for reaching out.”

Aaron and Chinwe got married in 2018 and they have two children together.

Neither Samuel nor his wife have made comments about the matter.