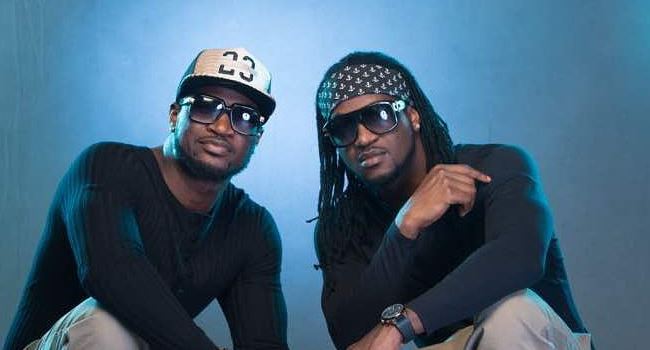 The dancer, who shared a video of herself on Instagram, said men who were held by such charms would still cheat and dump such women when the fetish substance expired.

In recent weeks, Janemena has continued to air controversial opinions primarily on relationships since report on her alleged affair with Prince Kpokpogri, the estranged partner of actress Tonto Dikeh, was made public.

See the video she shared below.

Peter Okoye, one-half of the defunct twin duo, P Square, fascinated fans after a clip of him shopping with his twin brother, Paul Okoye’s children surfaced on social media.

Ripples Nigeria gathered that Peter put his differences with Paul aside and visited his brother’s family in the United States.

In the video, Peter was seen driving Paul’s daughter Nadia in a cart, and got the kids tons of gifts in a shopping mall.

The recent video fascinated fans of the popular twins who split in 2017 as they await news of their reunion.

Anita Okoye, who has filed for divorce from Paul, shared the video online and thanked Peter for the visit.

Afrobeats superstar, David Adeleke aka Davido, has congratulated the Anambra State Governor-elect, Prof. Charles Soludo, on his victory in last weekend governorship election in the state.

The Independent National Electoral Commission (INEC) declared the former Governor of the Central Bank of Nigeria (CBN) as the winner of the election last Wednesday.

In the message, the singer said Soludo’s victory was well deserved and congratulated the people of Anambra.

In a tweet on his Twitter handle, Omokri admonished celebrities to contribute to their immediate environment and not to simply enjoy the stardom during their peak years.

The political activist also asked celebrities to stop blaming their fans for lack of support when they become broke in their latter years.

”You say you are a celebrity. So you get money. First thing you buy is a Range Rover. Next are designers. Then you fly First class. No problem.

“But don’t start accusing your fans of ingratitude when you become broke in your old age and they refuse to contribute.”

Former YBNL signee, Temmie Ovwasa, the only gay singer in the Nigerian music industry has explained why she prefers an environment void of men.

The songstress, who affiliates with the Lesbian, Gay, Bisexual, or Transgender (LGBTQ) community, said she always desires a “man free space.”

The controversial singer said on Twitter she enjoys lesbianism.

Temmie wrote: “People with absolute no game will come into your life ‘you’re so pretty’ that a compliment should make me French kiss you?.

Nigerian music producer, Samklef has revealed that he does not believe in the ideology of heaven or hell.

The producer revealed that he believes in heaven on earth and if “God is the same yesterday, today and forever” so are humans.

Ghanaian-born Nollywood actress, Princess Shyngle, has explained how tedious it was to become pregnant.

The thespian said on her verified Instagram handle said although getting pregnant was the hardest thing; babies are gift from God.