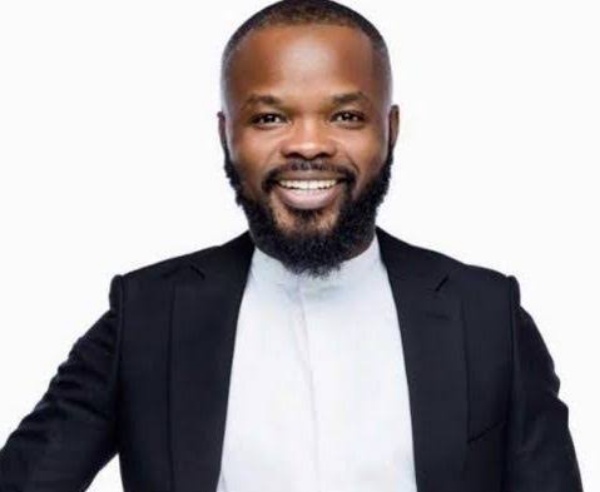 Yul Edochie, sent social media agog on Saturday, June 25 after he shared a video of his family’s visit to his dad Pete Edochie’s home.

In the video, a very cute grandfather-child moment was captured as Pete Edochie held his grandson. Yul was also heard in the background communicating with his dad.

Reality star, Frodd on Thursday, June 23 took to social media to acknowledge God for sparing his life after he was involved in a ghastly motor accident on the 3rd Mainland Bridge in Lagos State.

Narrating his experience, Frodd said the tires of his car ripped off on the mainland bridge and he drove to a safe spot, pondering on what happened because it could have been a worse incident.

According to the reality TV star, some men along the road offered him help and he’s grateful for their act of kindness to him.

“God is the greatest and There are still good men.

My tires ripped off on the Third mainland bridge this evening .

I drove to a safe spot whilst I pondered on what just happened, it could have been worse ( I praise God ) Then came some good men , swift and quick ( I didn’t even use the emergency toll)”

“They came down and offered to help me .

Thank God for Everything.”

The former rapper said on social media that he may have to steal to become what he is now in the US if he was to be in Nigeria.

Eldee relocated to the US after tying the knot with his heartthrob, Dolapo Latinwo-Belo in 2008.

Specifically, one of Eldee’s fans with the username [@Shawn_Boy12] on Instagram had said on the media app that “Nothing dey Yankee (America). Na depression. It’s a trillion times easier to make it in Nigeria than America. America is overrated”.

Eldee however reacted differently to the fan’s claim, saying that it was a different story for him. Eldee said he is now able to acquire the things he had desired a decade ago after departing Nigeria for the US.

”It’s all about perspective. Everybody’s journey is different. The real question is what your definition of ‘make it’ is,” said Eldee in response to the fan’s post.

He added: “I don’t for a second regret my Japa (relocation). My life today is exactly as I envisioned it in 2012 when I decided I was finally done with my Naija journey.

“We all have different goals and priorities in life. I chose to be rich, overlooking the rich. The only way I could’ve accomplished what I have today in Naija is if I stole the money …and I no sabbi thief” he added.

Read the exchange below.

Nigerian media personality, OAP Nedu on Wednesday, June 22 recounted how a former girlfriend who was cheating on him justified her infidelity.

While narrating the incident, the 39-year-old entertainment polymath stated that the event dated back then in the university; he got suspicious of her infidelity when he searched her bag.

The comic actor said the pair went on a vacation and upon returning back to their institution, he realised his girlfriend didn’t show up until after two days.

The radio personality said that was the worst experience he ever had with any girl he dated.

Listen to him speak below.

Blackface dubs self ‘standard of the music industry’

Blackface, a former member of the defunct Plantashun boiz is of the opinion that he is the standard for music in Nigeria.

In a post shared on his page, Blackface stated that the Nigerian music industry wouldn’t be the same without him.

“I am the standard of this game !
Without me this Naija industry won’t be the same!!
Who am I? Somebody tell em!!!”

I am the standard of this game !
Without me this Naija industry won't be the same!!
Who am I? Somebody tell em!!! 🇳🇬🗝️🔝🎵 pic.twitter.com/NN9bitNN2Z

Nigerian musician, Kelechi Orji popularly known as Kelly Hansome spoke about the reason his music career was affected during an Instagram live session on Thursday, June 23.

Speaking during the session, the U.S-based Nigerian musician explained that things went down spiral for him after meeting his baby mama, Ronke Moradeyo through Timaya.

He insisted that contrary to what people think, leaving Kennis music did not affect his career.

“THE MAJOR THING I FELT WAS THE ISSUE WAS THAT ‘KENNIS MUSIC EASTER FIESTA’ THAT I DIDN’T SHOW UP FOR, YEAH THAT IS WHERE THE PROBLEM STARTED.

BUT I DON’T WANT TO TALK ABOUT IT, YOU KNOW, THAT’S ALL I WILL TALK ABOUT FOR NOW.

THAT WAS WHERE THE PROBLEM STARTED FOR ME.”

The couple got hitched traditionally in April and had their court wedding in November 2021.