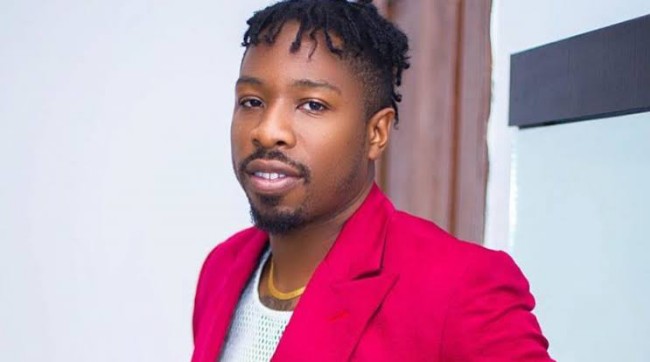 Ike Onyeama claims he has been ‘cancelled’ by BBNaija organizers

Big Brother Naija Pepper Dem star, Ike Onyema claims he has been cancelled by the organisers of the popular reality show; and he explained why this is so.

The reality star who was in a relationship with fellow housemate Mercy, winner of Big Brother Naija season 4, claims Africa Magic cancelled him because he “refused to yield to their request”.

He then expressed fears that he might be “back to the streets” if his fans don’t support his latest venture. He wrote;

“I’m back again. Social media has tried to cancel me so many times since BBN. Africa Magic cancelled me because I refused to kiss a$$ now. But I’m happy now to share the music I have been working on for so long.

“I haven’t been back home in over three years; chasing this dream, praying to become a success and I refuse to give up. Guys, don’t let this one flop. Honestly, if this music doesn’t work out it’s back to the streets”.

According to the on-air personality, fledging reality stars should prepare to go unclad if they fail to emerge victorious in the competition.

His statement is coming after BBNaija Shine Ya Eyes contestant, Cross sent tongues wagging after he uploaded a lewd photo of himself on social media.

Also, Shine Ya Eyes first runner-up, Liquorose raised eyebrows after she wore a transparent gown to a ceremony.

Billionaire philanthropist Femi Otedola showed off his dancing skills with his youngest daughter, Temiloluwa Otedola in a recent video that surfaced on social media.

The video debuted days after the billionaire reportedly acquired majority shares in FBN Holdings Plc, a financial holding company, with First Bank of Nigeria Limited, as a key subsidiary.

In the video, the oil magnate stole the spotlight as he could be seen showing off his dance moves.

Grammy award winner Burna Boy congratulated his sister Nissi via his Insta Stories on Thursday, October 28 after she announced that she’s part of the team that designed the 2022 Range Rover.

Nissi also revealed how proud she was of her most recent achievement.

The creative designer and younger sibling of the self-acclaimed African Giant said it took 3 years for the job to be completed.

Read the revelations below.

Reno Omokri kicks against women marrying men for their money

Former presidential aide, Reno Omokri has admonished women to desist from using financial status as a yardstick for entering into a relationship with a man.

Omokri stated that men should not only be perceived as an ‘object’ that serves as a source of financial security and comfort.

Specifically using the recent wedding of the Princess of Japan, Princess Mako to her ‘commoner’ lover, Kei Komuro, Reno wrote;

Japan’s Princess Mako, who grew up in a palace, left the palace to marry a struggling man living in a one bedroom flat.

But you who grew up in a ‘face me I face you’ insist you can’t marry a poor man? Even in a palace, you will still be poor!

Poverty is in your mind.

If you hate poverty, go and make wealth yourself and then use the money to turn your man from pauper to prince.

Stop seeing a man as rich or poor.

You are marrying a human being. You are not marrying his money”

Actress Lota Chukwu working on a documentary film for FIFA

Jenifa’s Diary actress Lota Chukwu has announced that she has been commissioned to work on a documentary film for the International Federation of Association Football (FIFA).

Chukwu made the announcement via a tweet shared on Wednesday, October 27. She wrote: “Anyway, I’m producing a documentary for FIFA.”