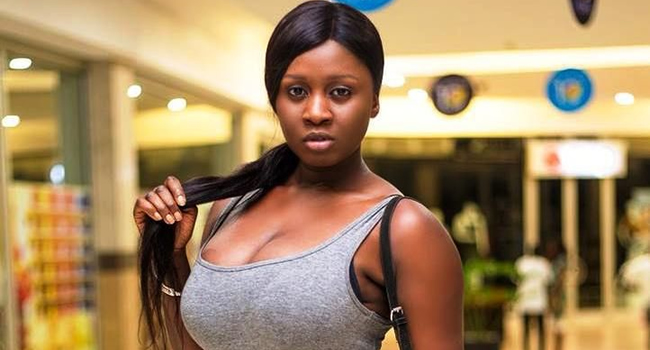 Gambian-born Ghanaian actress, Princess Shyngle made an attempt to take her own life on Thursday, April 29.

The curvaceous actress made the decision to commit suicide several weeks after she revealed she was ending her marriage of barely three months.

In a video that she shared on her Insta-stories, the actress was seen receiving treatment.

This is Shyngle’s second attempt at suicide in three years. In 2018, the actress also tried to end her life after she reportedly battled with depression.

Tiwa Savage, a mother of one responded to reports that she is pregnant for DMW’s Obama DMW.

Recent Instagram posts by the self-acclaimed Number 1 African bad girl debunked rumour claiming that she is expecting a second child.

A couple of weeks ago, there was news all over social media that Tiwa was pregnant for one of Davido’s crew.

A recent photo of the Universal Records artiste totally debunked that rumour.

The youngsters have now joined A-list celebrities like Burna Boy, Wizkid, Tiwa Savage, Davido, among others, to feature on a billboard in Times Square.

Situated in Midtown Manhattan section of New York City, Times Square is a major tourist destination and entertainment center in the United States. In the advert, a clip of a trailer remake by Ikorodu Bois was included.

The couple held their traditional marriage on Saturday, May 1.

The event was attended by many celebrities including Tanzanian music star, Harmonize.

Skales had announced their engagement in March 2021.

Popular Nigerian preacher, Chris Kwakpovwe who is the founder of the devotional guide, Daily Manna his aired his views on oral sex.

In a relationship and counselling programme that he recently commenced on social media, the preacher was asked a controversial question.

During the course of the live session, a follower asked if Christian couples can engage in a oral sex and the Bishop responded saying;

‘Oral sex is not stated in the bible, however to answer this question on this platform, i’ll advise such couple to sit down and have the conversation between themselves. It’s not in my place to tell you yes or no or tell you how to express your love’ he said.

Further, Kwakpovwe also admonished couples to shower themselves with love and affection.

Pastor Chris Oyakhilome, The founder of Believers Loveworld Ministries aka Christ Embassy has become a grandfather following the birth of his first grandchild.

In his birthday message to his estranged fiancee and baby mama, Nigerian singer, Davido could only refer to Chioma as ‘Mama Ify’. Seems there is no assurance anymore.

Davido and Chioma became a trending topic of conversation on social media following his stoic birthday message to her.

Chioma celebrated her 26th birthday on Friday, April 30, 2021 and Davido could only manage a cold message to her to set Twitter Nigeria off.

“All God’s blessings on your birthday today. Make it a great one! Mama Ify @thechefchi,” he wrote on his Instagram Stories.

Indeed, Davido and Chioma have been going through a rough time in their relationship.

There have been reports of cracks in the once admired relationship and Davido confirmed it when he stepped out holding hands with the American Instagram model, Mya Yafai while on holiday in the Caribbean in February 2021.

Is Jamil Abubakar, son-in-law of Aliko Dangote, scheming for another wife?