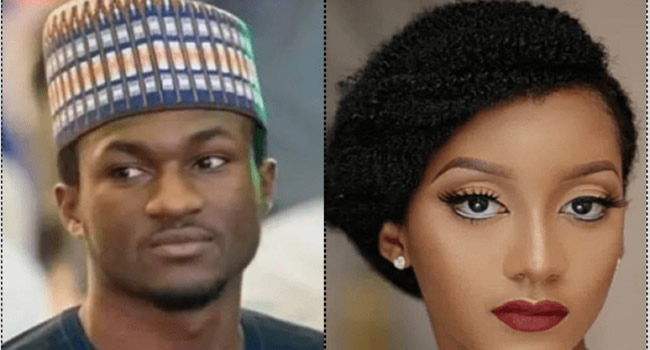 They were announced as the winners of the “Outstanding Music Video/Visual Album” of the year category for, Brown Skin Girl.

This recent achievement is coming a few weeks after the Nigerian superstar won a Grammy Award for his collaborative effort on the same project.

Nollywood actor, Godwin Maduagu, took to social media during the week to disclose that he felt like committing suicide because of the impact an alleged gay sex tape had had on his career.

The Nollywood actor released a video on Instagram where he disclosed that he was depressed and suicidal.

Expatiating on how the sex tape saga had impacted his career, he said,

“It has affected me in a lot of ways, especially in terms of family and socially. It has given me a stigma, reducing the capacity of my character and limiting me in every path I take.”

As the 6th edition of Big Brother Naija approaches, fans of the reality show are agitating for a change in the role of who should lead the show for this season.

While some fans want an alumnus of the Big Brother Naija maiden edition in 2006, Ebuka Obi-Uchendu, to retain his seat as the host of the show, other devotees of the programme desire a fresh personality, preferably a female host to anchor the show.

It would be interesting to see how this plays out in few weeks time.

Harry Song walks down the aisle

Nigerian recording artiste, Harry Song walked down the aisle with the love of his life, Alex Gopa on Saturday March 27.

Harry Song’s colleague, Skiibii served as the best man at the nuptial ceremony.

Hollywood actress, Emma Stones has announced the arrival of her first child with her husband, Dave McCary.

They are yet to reveal the gender of the child.

Yusuf Buhari, son of Nigeria’s first citizen, President Muhammadu Buhari is set to walk down the aisle with Zahra Bayero, the daughter of Emir of Bichi in Kano State, Nasir Bayero.

Celeb Gist gathered that the bride-to-be, Zahra Bayero is a student in the United Kingdom, studying architecture.

According to credible sources who spoke with a correspondent, the wedding ceremony will take place “in the next two to three months”.

The Duke of Cambridge, Prince William, has been named as the world’s sexiest bald man.

The 38-year-old brother of Prince Harry has been described as “sexy” a whopping 17.6million times online in blogs, reports and pages found in Google searches, researchers found.