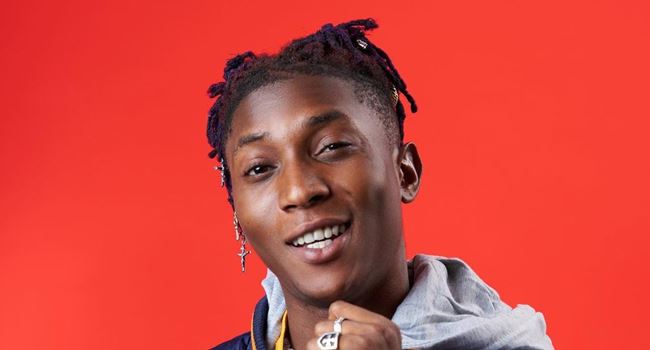 Popular Nigerian comedian and social media content creator, Nedu, real name Chinedu Ani Emmanuel made shocking revelations about his estranged wife, Uzor Ohiri in an Instagram post on Saturday, September 4. Nedu revealed that his first child isn’t his biological child after a DNA test was carried out in 2019.

According to the on air-personality, his estranged wife was romantically involved with her elder sister’s husband who was later discovered to be the biological father of his first child.

He went on to appeal to his ex-wife to desist from washing their ‘dirty linens’ outside.

His ex-wife, Ohiri had earlier called him out on Instagram, alleging that she was physically assaulted on various occasions by the media personality.

Nigerian rapper, Bella Shmurda is alleged to have been deported and banned from entering Ghana after he reportedly assaulted a medical doctor.

It was gathered that the rapper was deported alongside two others namely Ramsey Omeofe and Jubreel Abimbola while they were also fined GH¢2,000 (N135,000) each by an Adjabeng Circuit Court sitting in Accra.

They were also banned from travelling to Ghana for a period of three months.

Bella Shmurda and the two others were said to have become agitated and attacked the doctor after being put into quarantine for testing positive for COVID-19.

It is understood that the trio were quarantined upon arrival in Ghana as mandated during the pandemic and underwent COVID tests.

They were quarantined at a hotel in Accra and had their swabs taken and reportedly tested positive for the virus which meant they had to remain in quarantine.

Recall on Thursday, September 2, Annie Idibia took to her Instagram stories to call out her husband, 2Face for sleeping over at his baby mama, Pero Adeniyi’s house in New York, USA.

As Nigerians continue to debate over the crisis, Adamu made a video in which he gave his two cents.

”I will want to advice him to tow our path of polygamy.

“There is no reason why you have a wife, I cannot call her a baby mama, with all due respect. This woman has three children, two sons and a daughter.

“If not for negligence from his own side, Pero should have been his first wife then Annie can be the second wife.”

“But to the best of my knowledge, the best solution for 2face now is to quickly accelerate the process of bringing Pero as a wife into the family, maybe as the first wife because by right I think she is the first wife.

“2face should marry Pero and bring her into the family and you can see the perfect stability from Annie’s side.

“She will never come online again and rant because women traditionally, without polygamy you can’t keep them, that is why we are polygamous.

Nigerian recording artiste, Tems was seen having a conversation with award winning Canadian rapper, Drake on the same dinner table in a video that is making the rounds online.

The video surfaced on social media several days after Drake published his 2021 studio album, Certified Lover Boy. Drake featured the Nigerian songstress, Tems on the single, ‘Fountain’ which has been well received by music lovers across the country.

Tems is the second Nigerian singer that Drake will be working with officially. In 2016, he featured Wizkid on the single, ‘One Dance’ off the album, Views.

Watch Drake communicate with Tems below.

Prince Kpokpogri, the estranged partner of Nollywood actress, Tonto Dikeh has taken to social media to eulogize her ex-husband Olakunle Churchill amid their breakup rumors.

The activist took to his Instagram Stories on Saturday, September 4, 2021, where he hailed the politician, Churchill.

“It’s not about ranting. Come out with your full chest with evidence. To the noisemakers, to your tent oh Israel. @olakunlechurchill, you are a man. Helen of Troy,” he wrote.

Kpokpogri published the statement on his Instagram stories after they unfollowed each other on Instagram barely two months into their relationship.

Nigerian media personality, Toke Makinwa has spoken about the struggles and turmoil of Afrobeat’s artiste, Wizkid prior to attaining superstardom.

Toke made this known in a recent chat with Chude Jideonwo, while querying young people of today who just want to succeed without putting in the work.

“You don’t know the years Wizkid put into becoming who he is today.
Young newbies try music for a year or two and are frustrated because it is not working…dude, when I tell people…”

“I was at Rhythm and Wizkid used to carry speakers and he will be sent by DJs to buy Amala and he will do it, he was the studio rat, just help me play my song he will say.

“People look at him now and say he is arrogant not knowing the work he had put into this journey.

“It is the same way people can look at me now and say i got it all easy but if you have been following my career, and seeing the hard work I put in, you should ask me what i am doing with my life if by now i am not enjoying all i am enjoying now from my hard work.”

Singer Teni has a message for people in unhappy relationships

Nigerian recording artiste, Teni Apata has addressed people who are in unhappy relationships via Twitter post. According to the ‘Uyo Meyo’ singer, it is important for people to walk out of relationships where they feel unwanted.

She said people who are not happy should leave as there are other options outside the relationship.

“If you’re not happy, leave that relationship.

“No be by force o, wey round about and shaki full outside.”

Prince Kpokpogri confirms breakup with Tonto Dikeh, says she cheated on him