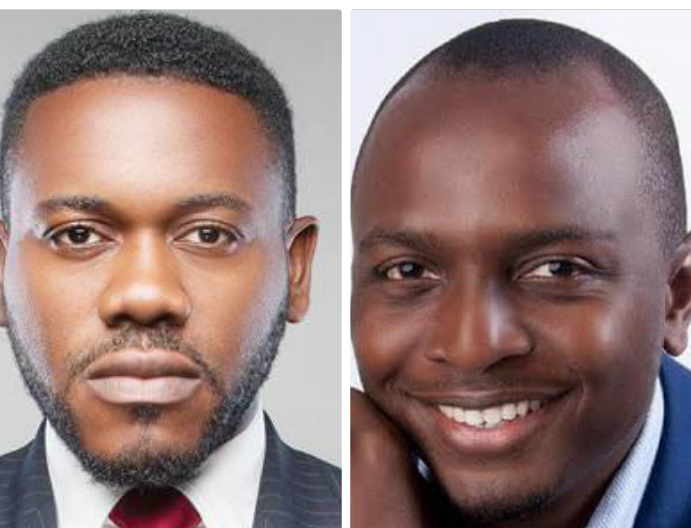 Nigerian thespian Yul Edochie has stated that he has the right to marry as many wives as he desires.

His recent statement is coming after he announced he had taken actress Judy Austin Moghalu as his second wife.

He said it’s nobody’s business how many wives he marries.

He stated this during a live session:

“I can marry 100 wives in one day and it should be nobody’s business as it is my life and nobody should judge him. Shame on you all.”

Actress Nancy Isime discloses how she became a ‘people pleaser’

Nollywood actress and television host, Nancy Isime, has disclosed the trauma she had as a child made her grow up to become a people pleaser.

She made this known in a recent interview with fellow actress, Lilian Afegbai.

Isime mentioned that she grew up not getting the attention from people she often looked up to.

She said, “I don’t force myself on anybody. I used to be a people pleaser but that came from childhood trauma.

“It came from childhood trauma where you’ll be looking for attention as a child and you didn’t get it.

She further revealed that self love helped her to stop becoming a people pleaser.

“But learning to love myself and being intuitive helped me to heal from being a people pleaser,” the Blood Sisters actress added.

The ‘Will Smith action’ averted at AMVCA.

Nigerian actor Okanlawon Deyemi made a move to slap the face of Ik Osakioduwa, who served as the co-host of the recently concluded AMVCA ceremony on Saturday, May 14.

While Osakioduwa was making mockery of Nollywood stars, Deyemi Okanlawon left his seat and charged at the media personality before he was stopped by two security personnel.

Osakioduwa later told the security officers to ‘handle him with care’ before revealing that he ‘is not prepared to fight a Deyemi who has been taking karate classes’. Everyone in the audience later laughed after the tense moment was properly controlled.

It is uncertain if the segment was a ruse as the incident was never mentioned throughout the cause of the event.

However, Deyemi did not go home with any award.

Nigerian Afrobeats musician and social activist Seun Kuti opined that several notable celebrities and professionals have ‘sold their souls to politicians’ for monetary purposes ahead of the 2023 general elections.

Speaking via his Instagram platform, he stated that several celebrities and professionals in their respective fields have sold their souls for politicians hence destroying Nigeria in the name of ‘I’m doing my job’

The son of the Afrobeats connoisseur, Fela Kuti wrote:

“If I hear one more ‘stop selling your votes’ directed at the poor by those who have already ‘sold their souls’ I will snap.

“The reason why poor Nigerians have no choice but to sell their votes is that all, or at least most (99.9%) of Nigerian professionals have sold their souls in the name of ‘I’m doing my job.”

“Journalists Judges , lecturers, oil industry workers, Farm owners, Cattle rearer, Policeman, Soldiers, Civil Servants Engineers, Accountants etc have all sold their souls and are willing to carry out any wicked act in the name of ‘I’m doing my job’.

“The job of destroying your country! Add musicians and actors.”

Nollywood actor Alex Ekubo has condemned the killing of the scholar at the Shehu Shagari College of Education (SSCOE), Sokoto.

On Thursday, the female student was beaten to death and set on fire by fellow students who accused her of posting “blasphemous” statements in a WhatsApp group, witnesses claimed.

The school, located in Nigeria’s northwestern state of Sokoto, was immediately closed down following the attack.

In reaction to the murder, actor Alex Ekubo has called on the government to do the needful and put behind bars the perpetrators of such evil act.

“Nigeria continues to fail Nigerians, especially the youth, I’ve never seen a mother who is hell bend on devouring her offsprings.

“God please grant the soul/s of all those who have died in these senseless religious, political & ethnic wars in Nigeria pls grant them a hall pass to Heaven, they already lived & died in hell.”

The comedian broke down in tears after he mounted the stage to clinch his award.

“This is my first award in Lagos since I started my Comedy career,” the tearful comedian stated on the AMVCA podium.

He continued, “thanks to all my fans and supporters who made it possible for me to win this award. Eko Oni Baje”

The moment Sabinus was announced winner at the #AMVCA8 😂 pic.twitter.com/zJq85aturn

American recording artiste Britney Spears has revealed that she has suffered a miscarriage.

The award winning musician announced last month that she and fiancé Sam Asghari are expecting their first child together.

Making the announcement on her Instagram page on Saturday, Spears wrote:

“It is with our deepest sadness that we have to announce that we have lost our miracle baby early in the pregnancy.

“This is a devastating time for any parent. Perhaps we should have waited to announce until we were further along however we were overly excited to share the good news.

“Our love for each other is our strength. We will continue trying to expand our beautiful family. We are grateful for all your support. We kindly ask for privacy during this difficult moment.”