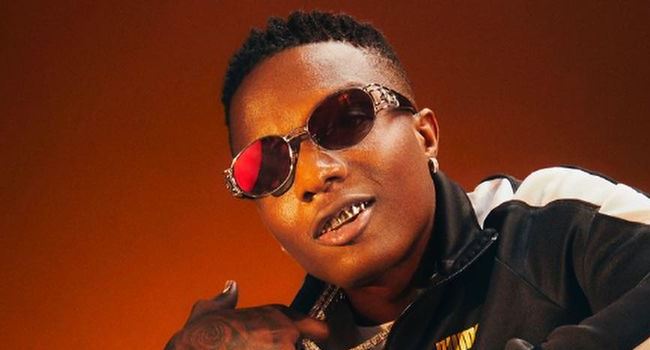 Nigerian songstress, Simi has stated that she is scared of her daughter following the career path of her parents.

Simi, who is married to fellow musician, Adekunle Gold welcomed her first child, Adejare Kosoko in 2020 at the peak of the Coronavirus pandemic. Speaking via her Instagram Live, Simi stated that she does not want the pressure hovering in the entertainment industry to affect her daughter.

She stated that her daughter might be unable to recreate the excellent career of her parents.

You know, but I’m going to be very honest.

I feel like a part of me will be anxious if she decides to do music but only because I don’t want her to feel a kind of pressure.”

Like, she’s coming from parents who have done this so there’s a standard she has to follow. I didn’t have to go through that.”

Canadian recording artiste, Justin Bieber has published a video of himself performing on the remix version of Wizkid’s 2020 hit single, Essence.

Bieber in the video was speaking pidgin, a Nigerian version of the English language. Sharing the video on social media, Justin Bieber wrote; “ESSENCE REMIX OUT NOW @wizkidayo @temsbaby”

The Grammy award winner, Wizkid made the announcement that he will be featuring the Canadian popstar on the remix version of ‘Essence’ via his Instagram page. The original version also featured BET nominee, Tems.

Farida Fasisi, wife of late Nigerian recording artiste, Sound Sultan revealed on Saturday morning that the page of her late husband has been hacked.

She said hackers are now using the late singer’s platform to beg for money from the public.

“Hello everyone, kindly disregard any communication from all @soundsultan‘s social media accounts.

“The accounts have been hacked by scammers sending messages to innocent people to solicit funds.

“Please the family has no control over the accounts.

“Cybercrime is at an all time high.

“Thank you so much for your support all the way. You would be informed when we have control over the accounts. Farida.”

Rudeboy, real name Paul Okoye, a former member of the defunct twin duo, PSquare has admonished his fans not to be in a hurry to share premature testimonies with others.

“Teach yourself not to announce testimony, until everything is sealed. Premature testimony attract evil spirit,” he wrote.

Rapper Blaqbonez explains how university made him depressed

Controversial Nigerian rapper, Blaqbonez real name Emeka Akumefele has recalled how he almost ended his life during his time in higher institution.

Reminiscing on his time in Obafemi Awolowo University, OAU, the rapper revealed that education almost made him feel like a failure and he was depressed.

The rapper who revealed that he was an Engineering student, said while others were getting As and having a future that looked bright, he was dropping mixtapes and hoping it got to public space.

Expressing gratitude for how far he has come, Blaqbonez added that he almost got depressed and didn’t know how he would have taken care of his mother if he wasn’t successful in music.

He concluded by stating that his “serious friends” in school are also doing well in their respective fields.

The accident reportedly occurred before Bannex Junction in Abuja, in the early hours of Saturday, August 14.

According to the indigenous rapper, he was pulled out of the car unconscious after another driver rammed into them.

He said he passed out twice but fortunately, he is now in a stable condition and is responding to treatment.

He took to his Instagram page to thank God for his survival.