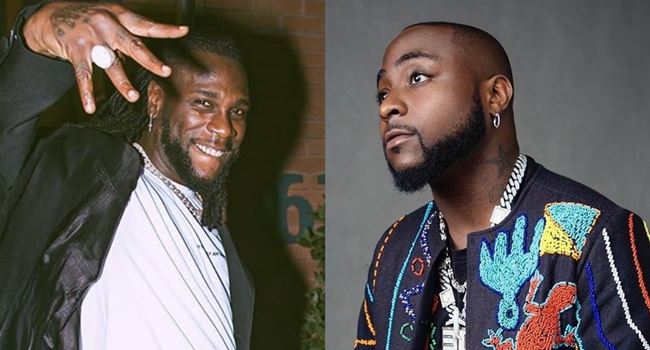 Singer Yonda sheds light on what led to Davido, Burna Boy’s rift in 2020

According to the Nigerian singer-songwriter, he wrote the lyrics for Burna Boy, however, the Grammy winner failed to release the song. Then Davido took it up and used it in the second verse of his hit song “Intro” on his sophomore studio album “A Good Time” released in 2019.

Yonda during the interview revealed that the feud started when Davido used the lyrics in his song which gained massive recognition.

Yonda bragged during the session that he was the only one who really understood when Burna boy and Davido were trolling each other.

He noted that Burna boy started when he posted via his Insta stories that Davido doesn’t know the game (music) adding that he remains relevant in the music industry only because his dad is a billionaire who hired songwriters for him.

Also, Davido replied with a subliminal message in his hit song titled “Fem”.

Former Nigerian senator, Dino Melaye has achieved a new milestone after he made his debut in the Nollywood movie, ‘Lemonade’.

He acted alongside established names like Mofe Duncan, Kunle Remi, Linda Osifo and others.

Self-acclaimed investigative journalist, Kemi Olunloyo has continued to be chastised by Nigerians after she called for the arrest of renowned disc jockey and social activist, DJ Switch.

On Saturday, December 4, Kemi Olunloyo had in a post on social media demanded that DJ Switch should be tried in a court of law for destabilizing Lagos during the #EndSARS protests and jeopardizing national security.

According to Olunloyo, DJ Switch who broadcast the shooting that took place at Lekki Tollgate at the peak of the #EndSARS protest on Tuesday, October 20, 2020 via her Instagram Live platform destroyed Lagos State and it led to the disruption of several businesses in the state.

Ruth Kadiri who used the hashtag #saynotobullying stated that Kemi Olunloyo bullies both adults and children.

Nigerian media personality, Stephanie Coker has urged women to desist from going into a relationship with married men.

The mother of one expressed this on her Instagram platform while counselling a lady who was dating a married man and needed to know whether it was OK to remain faithful to him.

“There is someone out there for you that belongs to you. That man is disloyal. You owe him nothing.” Stephanie said in response.

“But we are not ready for that conversation. Men should also stop being scumbags.” she added.

Here is what the former MTV Base presenter had to say:

Renowned American preacher and senior pastor of the Lakewood Church, Joel Osteen has been questioned by police after ‘bags and bags’ of cash and checks were found in about 500 envelopes in a bathroom wall at the church.

A plumber, known as Justin, who worked at the church called into a Houston radio morning 100.3 The Bull show to tell them about his shocking discovery, which comes barely seven years after about $600,000 in donations were stolen in the church and haven’t been recovered.

Justin said he was called in to Lakewood Church, on November 10 to fix a broken toilet.

Speaking with the radio station host, Justin further revealed that he informed the church’s supervisors and had to wait at the church for almost seven hours after his discovery.

Watch the interview below.

Nollywood actress Didi Ekanem has eased the tension in the hearts of her admirers. According to the talented thespian, she is single and easy to maintain should they be worried about squandering all their money on her.

She also informed her admirers that she lives within her means and does not leech on her partners.

Didi is one of the few unmarried celebrities who has continued to advocate for marriage.