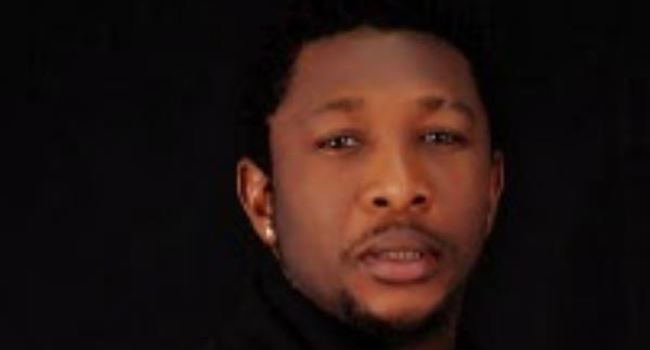 Rapper Ikechukwu walks down the aisle

On Saturday, May 22, Nigerian recording artiste, Ikechukwu walked down the aisle with his partner, Ella.

The rapper engaged his partner in February 2021 after he officially unveiled her as the love of his life in November 2020.

Ikechukwu was one of the most prominent rappers in the Nigerian music scene in the mid-2000s.

Nollywood movie director, Tchidi Chikere has published a cryptic post on his Instagram platform after his actress wife, Nuella Njubigbo yanked off his name from her Instagram username.

The couple tied the knot in 2014 and adopted the mantra, ‘marriage made in heaven’. However, the estranged couple was ridiculed several weeks ago after Sophie Williams, the ex-wife of the movie director alleged that their union has ended unceremoniously.

An investigation was carried out on the various Instagram account of both individuals; they have unfollowed each other on the social media platform.

As a matter of fact, Njubigbo’s Instagram bio which used to read “mother and wife” before now, has now been changed to “Award-winning filmmaker, mum, CEO”.

Erica Nweledim, one of the breakout stars of the popular reality show, Big Brother Naija has revealed that she is going to kick off her own show.

Here is what she published; “Are you ready to see inside my life?

Happy to be announcing that your Star girl will be the first celebrity to be featured on MTV Base’s Inside Life.”

Fondly called ‘Star girl’ by her fans, she wrote;

“My lovers and supporters! Elites, Kiddricans, and the assistant elites in denial grab your front row chairs and drop your stars in the comments”

Recall Erica was kicked out of Biggie’s House in 2020.

Erica claims to have rebranded and she is prepared to entertain her fans in her own way.

A female fan recently took to social media displaying a bold tattoo of the name “Tiwa Savage” with a crown on her chest which captured the singer’s attention.

Reacting via her Insta story, the number one African bad girl wrote: “Yo you burst my brain with this permanent love oh.

“I cannot get all the names of those that tattooed my name so I will just get a Savage soldier tattoo. I’m actually obsessed with my fans.”

The tattoo culture trend of celebrities inked on bodies by fans is becoming prevalent in this part of the world.

Wizkid’s “Made In Lagos” album and Davido‘s “A Better Time” have both been nominated for the 27th South African Music Awards (SAMA).

The South African Music Awards’ official Twitter page announced the news on Wednesday, May 19, 2021, with both artistes nominated in the category of ‘Rest of Africa,’ which includes other African artists who are not South Africans.

Nollywood actress has revealed she is colour blind.

According to the Nollywood actress, she is only able to perceive colours in different shades of grey — a medical condition which is known as achromatopsia.

Celeb Gist gathered that achromatopsia is defined as either partially or totally lacking in colour vision, thus making them unable to perceive colours except in black and white or shades of grey.

The 35-year-old thespian made the revelation via her Instagram page a week ago as she uploaded a five-item fun fact list about herself.

“Fun facts about me:-

1) I am camera shy
2) I am an introvert
3) I respect all but have no fear for none.
4) Never owned a fake account. I think [it’s] for cowards. I will say more to your face than anywhere else.
5) I am medically colour blind. I see colours in different shades of grey.”