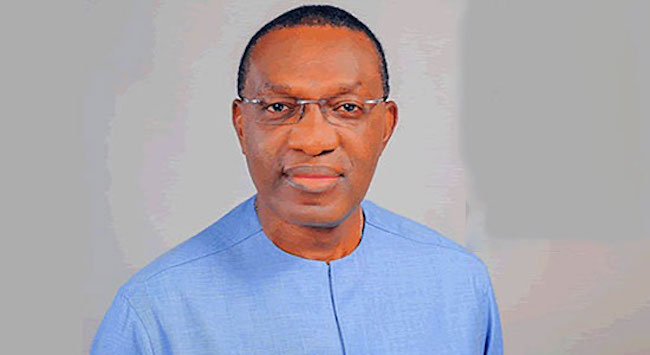 Sequel to the recently held November 6 Anambra governorship election, the All Progressives Grand Alliance (APGA) has said the intention of the Governorship Candidate of the All Progressives Congress (APC) Senator Andy Uba, to challenge the declaration of APGA’s Candidate, Professor Chukwuma Soludo, as the winner is a show of disrespect to President Muhammadu Buhari.

According to the Director of Media and Publicity of APGA Campaign Council and Commissioner for Information and Public Enlightenment, Mr C. Don Adinuba, “Uba has no mandate to recover”.

Uba, who had expressed his dissatisfaction with the election result had vowed to recover his “stolen mandate” through the court.

But in a statement made available to newsmen on Tuesday, the Director said any move to challenge the result in the law court by Uba after President Buhari had congratulated Soludo for winning the election, would amount to disrespect for the President.

According to him, the Anambra people are satisfied that the party, has congratulated the winner.

Adinuba, however, said President Buhari was looking forward to working closely with Professor Soludo, a former governor of the Central Bank of Nigeria (CBN) and a member of Buhari’s Committee of Economic Advisers, for the development of the South-East.

“It is, indeed, a mark of gross indiscipline that after President Buhari, the APC leader, has congratulated Professor Soludo on his massive victory in 19 out of the 21 local government areas in Anambra State, Uba, who could not win in even one local government, is threatening the Anambra people with fire and brimstone as well as the so-called Imo Formula which, in his fanciful world, could make a person who took a very pathetic third position occupy Anambra Government House,” the statement read.

Adinuba urged the Anambra people and all Nigerians to disregard the threat from Uba and his supporters, saying all local and international observers have confirmed that the November 6 election was free, fair and transparent.