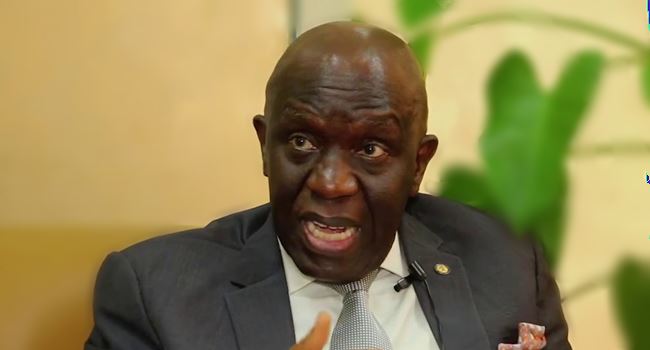 The Lagos Chamber of Commerce and Industry (LCCI) has raised the alarm over the high inflation rate and debt profile of the country.

The Chamber also lamented the effect of these poor indices which has led to increase in food prices, and the dwindling economy of the country.

These fears were expressed on Thursday by its President, Mr Babatunde Ruwase while addressing journalists at the second quarter, Q2, of the chamber.

Ruwase said: “Inflation rose to 11.40 per cent in the month of May, representing the highest rate since December 2018 and higher than the 9.9 per cent target in the 2019 budget.

“Consumer prices rose 1.11per cent on a month -on -month basis in May, up from April’s 0.94 per increase. This increase was reported by NBS (Nigeria Bureau of Statistics) to be largely caused by faster growth of food prices.”

He added that “Unfortunately, the drop in the budgetary allocation to the agricultural sector from 2.23 per cent in 2018 to 1.56 per cent in 2019 does not reflect the desired government’s commitment to improving the country’s food situation.”

Ruwase said that the plan by the Federal Government to obtain additional $2.7billion foreign loan calls for concern because in the last three years, the nation’s debt profile rose from $10.32billion in June 2015 to $22.08billion as of June 30, last year.

With this, he said the country’s foreign debt would increase and invariably increase the overall debt profile of the country which stood at N24.38tr as at December 31, 2018.

“We are concerned with the increasing amount meant for debt servicing and is becoming worrisome as more funds that could be used for developmental projects are used to service debt,” he said.

He then advised the government to cut down its debt and seek other ways of raising funds, by rigorously promoting new investments to increase revenue.