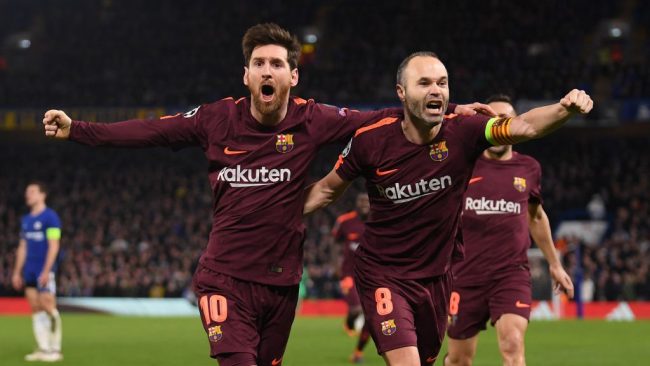 Argentina superstar, Lionel Messi scored a hat-trick to inspire Barcelona to a 4-2 victory over Deportivo La Coruna, as they wrap up the 2017-18 La Liga title on Sunday.

Barca, who have remained unbeaten since the start of the season, are winning the title in manager Ernesto Valverde’s first season in charge.

The victory at the Riazor gives Barca an unassailable 11-point lead at the top of the table which hands them the title with four games to spare.

It is their seventh La Liga title in ten seasons.

Philippe Coutinho and Messi fired Barcelona 2-0 up before 40 minutes, but the home side bravely fought to 2-2 with strikes from Lucas Perez and Emre Colak.

Messi then struck twice in the final 8 minutes to seal the win, and the Argentine became the first player in La Liga history to score 30 or more goals in seven different seasons

It is the 25th time Barcelona have won La Liga – eight behind the 33 won by rivals Real Madrid.

Meanwhile, the triumph completes a double for the Ernesto Valverde side who already won the Copa del Rey title following an emphatic 5-0 victory over Sevilla in final.