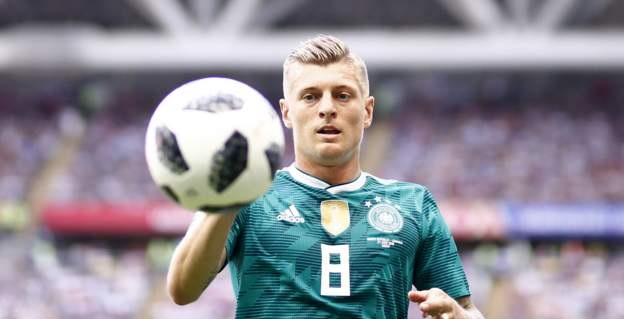 Defending champions Germany have crashed out of the 2018 FIFA World Cup after a 2-0 defeat to South Korea in their final Group F game on Wednesday.

Stoppage-time goals by Kim Young-gwon and Son Heung-min ensured Germany were sent out of the World Cup in utter disgrace.

The 2014 winners began their defence on a disappointing note when they fell to a 1-0 defeat against Mexico, but revived their dreams by coming from behind to snatch a 2-1 victory over Sweden in their second game.

They needed to take at least a point from the South Korea clash and hope that Mexico beat Sweden in the other group game, but results did not favour them as Sweden also overcame Mexico 3-0.

The Germans failed to convert their many chances into goals. They relaxed their defence toward the end which allowed the South Koreans inflict them with injury-time goals.

Sweden, with 6 points – having earlier won against South Korea, now emerge winners of the group, followed by Mexico who are also with 6 points but a lower goal difference.

Germany, on bottom spot, are leaving the World Cup at the group stage for the first time in their history.

As it stands, Sweden will battle the runners-up of Group E in the round of 16, while Mexico will take on the winners of the group.

The Group E final games will take place concurrently later on Wednesday, between Serbia and Brazil and between Switzerland and Costa Rica.