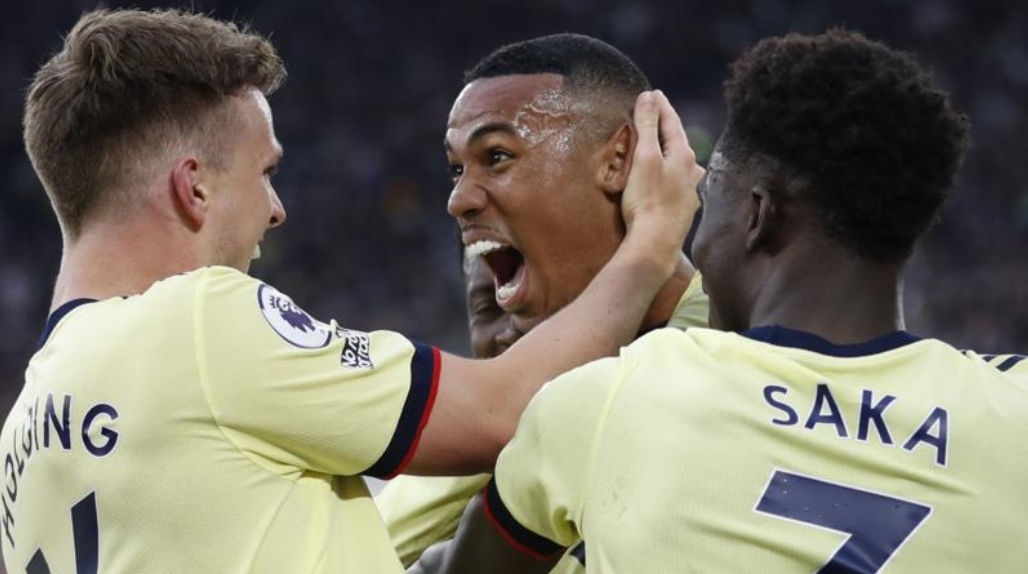 Arsenal have boosted their chances of clinching a Champions League ticket this season after defeating West Ham 2-1 in the Premier League on Sunday.

The Gunners reclaimed the fourth spot in the league table with the victory, climbing above city rivals, Tottenham in fifth.

Spurs had won 3-1 over Leicester City earlier in the day to go above Arsenal, but the Mikel Arteta side secured a third win in a row to stay in the race.

Goals by Rob Holding and Gabriel Magalhaes were enough to seal all three points as Jarrod Bowen’s equaliser was squashed by the winning goal.

The defeat for West Ham dented their chances of securing European football next season.

Barca climb to second in La Liga after victory over Mallorca