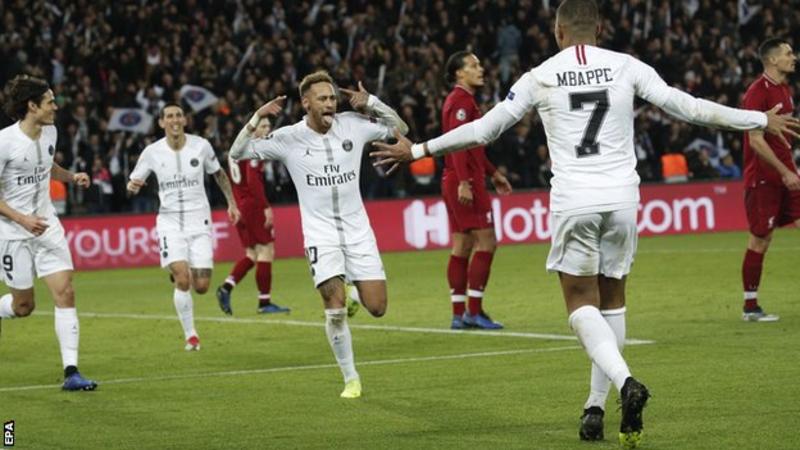 French side, PSG put up a superb performance to win 2-1 at home against Liverpool in their Champions League matchday 5 encounter on Wednesday night.

The hosts got ahead when Juan Bernat squeezed home the opener after defender Virgil van Dijk’s poor clearance in the 13th minute.

Neymar then started and finished off a swift team counter-attack to double the advantage, as he becomes the highest scoring Brazilian in Champions League history.

Liverpool got awarded a penalty after Sadio Mane was brought down in the box, and James Milner converted the spot kick on the stroke of half-time to half the deficit.

After facing the damaging defeat, Liverpool will face a nervy battle in the final group game in their quest to reach the knockout stage.

In the other game of the Group C, Napoli defeated Red Star Belgrade 3-1 to boost their chances of advancing.

In London, substitute Christian Eriksen scored a late winner for Tottenham Hotspur against Inter Milan and keep alive their hopes of reaching the knockout stage.

They stand second on the Group B table with 7 points, and will be going into their final game against Barcelona, who already secured top spot in the group after surviving PSV scare to win 2-1.

In Group A, Atletico Madrid defeated Monaco 2-0 and only need a point from their final group game to win the group.

Borussia Dortmund played goalless draw with Club Brugge, but have secured qualification for the knockout stages of the competition.