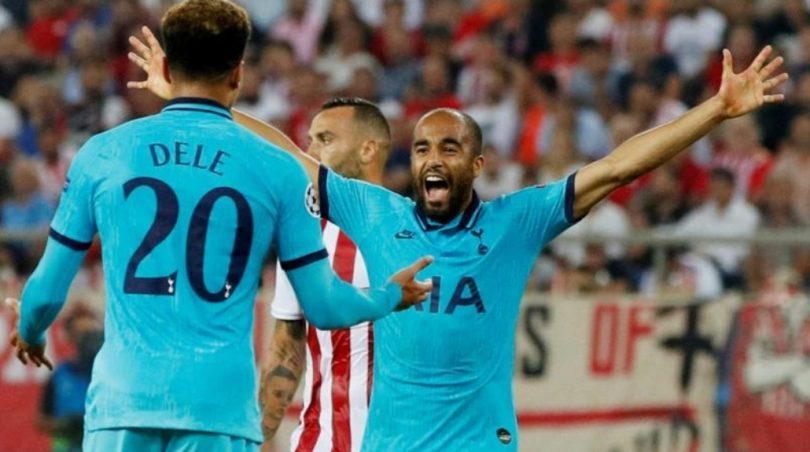 Tottenham Hotspur began their UEFA Champions League campaign with a disappointing 2-2 draw as they blew a two-goal lead against Olympiakos.

Spurs, who finished as silver medalists last season in the competition, were forced to settle for a point in their opener.

Two goals in four minutes put the English side in control, with Harry Kane opening the scoring from the penalty spot before Lucas Moura’s scorching 20-yard finish on the half hour mark.

But Portuguese winger Daniel Podence halved the deficit for Olympiakos just before halftime.

The Greek side stand side by side with Tottenham at the top of their group B, pending when Bayern Munich play Red Star later on Wednesday.

In the other Champions League game played concurrently, Club Brugge were held to a goalless draw by Galatasaray in Belgium.

The Belgian and Turkish sides are top of the group A with one point each, while Real Madrid and Paris Saint-Germain play later on Wednesday.