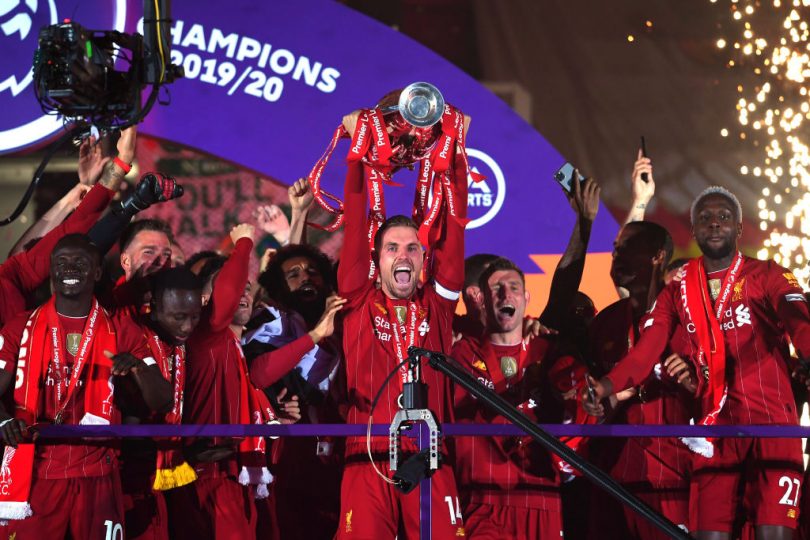 The 2019-20 English Premier League season champions, Liverpool were presented with the trophy on Wednesday after they defeated Chelsea at Anfield.

The Reds survived a scare to beat their visitors 5-3 to set the tone for their celebration afterwards.

Goals from Naby Keita, Alexander-Anold and Wijnaldum gave the hosts a 3-0 lead in 34 minutes before Oliver Giroud gave Chelsea hope just before halftime.

Roberto Firmino added the fourth for Liverpool in the 55th minute, but a quick double from Tammy Abraham and Christian Pulisic presented a scare before Oxlade-Chamberlain sealed victory. 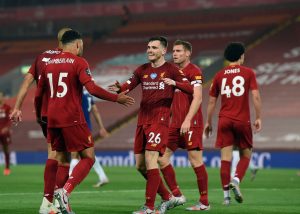 The win was Liverpool’s 31st league win this season, having only lost three games and drawn another three, to lift their first English topflight title in 30 years.

It also meant Liverpool have now gone 59 games unbeaten at home in the Premier League.

The Jurgen Klopp side won the league on June 26 when second-placed Manchester City lost at home to Chelsea.

But the trophy was officially handed to the victorious team at Anfield on Wednesday by former Reds star, Kenny Dalglish.

Liverpool now have the record of the earliest Premier League title win in history.