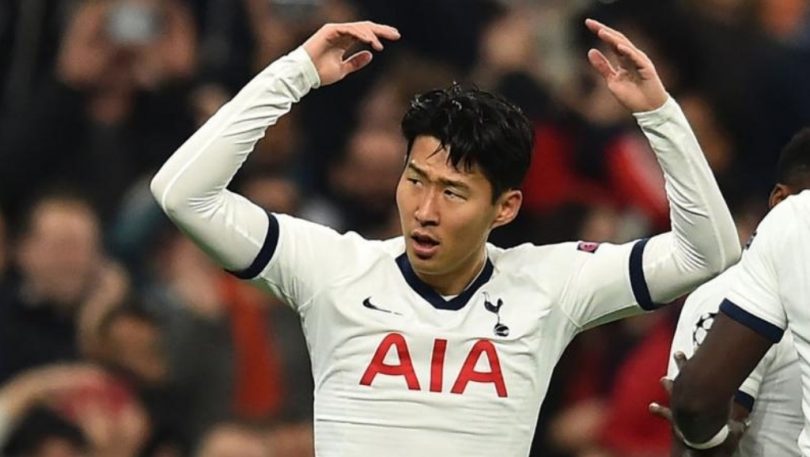 Against their recent form, Tottenham Hotspur secured a thumping victory over Red Star Belgrade in a group game of the UEFA Champions League on Tuesday.

Spurs, who had failed to win in their last three games, put up a fine home performance and thrashed their Serbian visitors 5-0, with a brace by Harry Kane, another brace by Son Heung-Min and a goal by Erik Lamela sealing the rout.

With the win, the Mauricio Pochettino side are second in Group B on four points, behind leaders Bayern Munich, who defeated Olympiakos 3-2 in the group’s other game also on Tuesday.

A Ruslan Malinovsky penalty had put the visitors ahead before Sergio Aguero scored a brace and followed by a Raheem Sterling 11-minute hat-trick, before Phil Foden was shown a red card late in the game.

The other game of Group C between Dinamo Zagreb and Shakhtar Donetsk earlier on Tuesday ended 2-2, a result that keeps both sides on second and third respectively on the table.

In Group A, Real Madrid defeated Galatasaray 1-0 to ease the pressure on coach Zinedine Zidane. In the other group game, Paris Saint-Germain thrashed Club Brugge 5-0, with Kylian Mbappe scoring a hatrick while Mauro Icardi bagged a brace.

In Group D, Serie A champions Juventus came from a goal down to beat Lokomotiv Moscow 2-1, with Paulo Dybala scoring in the 77th and 79th minutes to hand the home side the victory.