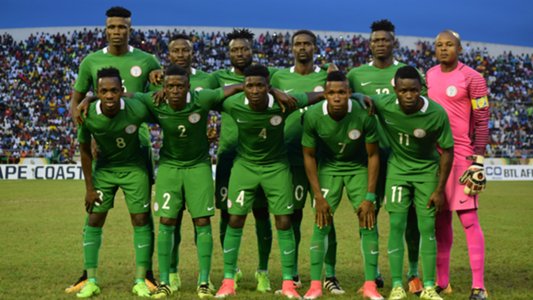 The home-based Super Eagles were forced to a goalless draw by Rwanda in their opening game of the 2018 Africa Nations Championship (CHAN) in Morocco on Monday night.

Despite dominating the game and creating many chances, the Nigerian men failed to convert to goal as they hit the woodwork several times.

Rwanda also had attempts on goal but goalkeeper Ikechukwu Ezenwa had the Nigerian post covered.

On 34 minutes, the Eagles were awarded a free-kick on the edge of the box after a foul on Faleye but Osas Okoro’s effort was blocked by the Rwandan defensive wall.

And after several other efforts by the Salisu Yusuf-led team, Stephen Eze thought he had opened the scoring in the 58th minute but his effort was ruled out for offside.

Both teams combined to produce 24 shots between them but ended the tie played at Stade Ibn Batouta, Tangier on a ‘no winner, no vanquished’ state.

As it stands, Libya leads the group and will face the Super Eagles in matchday 2 on Friday, January 19.