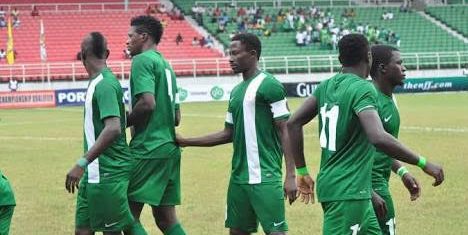 Nigeria’s Head Coach, Salisu Yusuf is not in doubt that his team could possibly emerge champions at the 2018 African Nations Championship (CHAN) as they set to play their first game on Monday night.

The Eagles will kick off their campaign against Rwanda with the hope of making the nation proud at the tournament which kicked off on Saturday with hosts Morocco defeating Mauritania 4-0.

The Nigerian team failed to advance from the group stage at the last edition in Rwanda 2016 but finished as second runners-up in the edition that preceded it, in 2014.

But Speaking ahead of the opener, Yusuf revealed that the players have their eyes set on the title, as victory in Morocco would boost their chances of breaking into the main Super Eagles squad for the 2018 World Cup in Russia.

“The players know what is at stake. We are not here just for the CHAN. Everyone is thinking of the World Cup as well,” the coach said.

“For the players, they have a massive opportunity to play their way into the A team for the big one in Russia.

“However, at every opportunity, myself and my assistants have made it clear to the boys that they must work as a team.

“If they win the tournament, the chances of several players making the team to Russia will be high.

“No man can clap with only one hand. Teamwork is key in this business,” he stated.