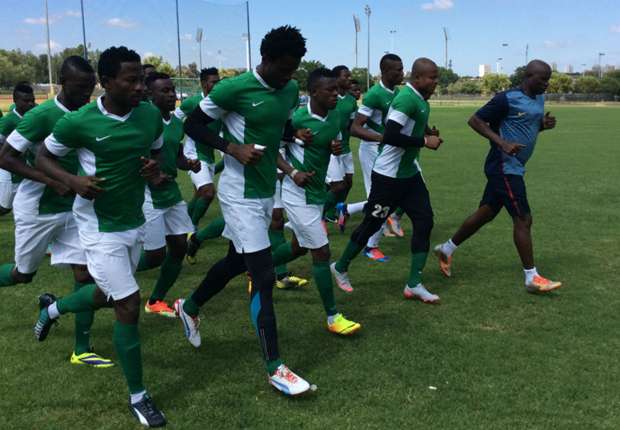 Despite kicking off their African Nations Championship campaign with a lacklustre goalless draw against Rwanda on Monday night, Super Eagles head coach remains confident of his team.

The opening match of Group C between Libya and Equatorial Guinea ended 3-0 in favour of former champions, Libya; while the Eagles were held 0-0 in the second game.

Despite dominating the game and creating many chances, the Nigerian men failed to score as they hit the woodwork several times.

Both teams combined to produce 24 shots between them but ended the tie played at Stade Ibn Batouta, Tangier without a goal and taking home a point each.

But speaking after the encounter, the coach expressed confidence that the Eagles can still go all the way up, admitting that although chances were created, they were not converted to goals.

He said: “Generally, it is not a setback because we created chances and we couldn’t score but if we keep creating chances and hopefully take them, we can beat any team in this tournament.”

It is worthy of note, however, that Nigeria crashed out of the group stages of the last edition in Rwanda in 2016, and will be up against group leaders, Libya in their second game in Morocco.

The Eagles will play Libya on Friday.