#CHAN2018: Eagles battle past Angola, to face Sudan in semifinal 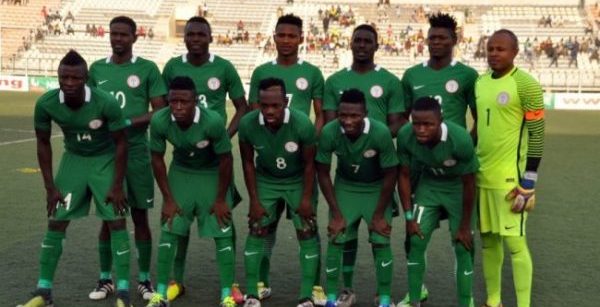 The home-based Super Eagles of Nigeria have made it to the last four of the ongoing African Nations Championship (CHAN) in Morocco after edging Angola in a tough quarter-final clash on Sunday.

The Eagles were trailing 1-0, and were heading for a defeat when a free kick was whipped into the Angola box in the 92nd minute, flicked on by Rabiu Ali as Anthony Okpotu stabbed home to level.

Vladimir Va’s goal on 55 minutes had put Angola ahead, but a fighting Nigeria side equalised to send the game to extra time, as substitute Ikechukwu Gabriel scored the winner during the second half of extra-time.

Nigeria are making it to the semifinals for the second time, since their debut in the 2014 edition in South Africa where they won bronze.

They, however, were not able to advance from the group stage in the last edition in Rwanda two years ago.

The Salisu Yusuf-led team will now face Sudan in the last-four clash this Wednesday, and hope to make it to their first ever final in the tournament.