#CHAN2018: Libya coach Al-Marimi not ready to gamble against Eagles 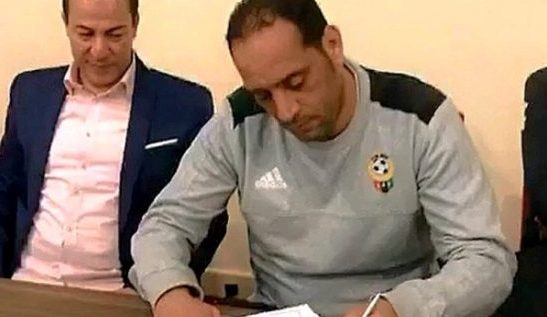 Following their flying start to the ongoing African Nations Championship (CHAN) Libya’s team coach, Omar Al-Marimi has said his team will not alter their approach to the game when they face Nigeria.

Libya are top of Group C after they thrashed Equatorial Guinea 3-0 in their opening game while the Super Eagles were held to a goalless draw by Rwanda’s Amavubi on Monday.

A brace by striker Saleh Taher and a goal by Al Lafee Zakaria saw the North African nation past their opponents, and coach Al-Marimi advocates for the same focus to be used in their other group games.

“The same focus we had preparing for Equatorial Guinea is what we will use for our next two opponents (Nigeria and Rwanda) because they are good sides,” Al-Marimi said during the post-match interview.

“Also, we would work on sustaining pressure all through and not withdraw at some point like we saw today.”

Libya won the title while the Super Eagles emerged second runners-up in the 2014 edition of the tournament.

Both teams will play against each other in the matchday 2 of the 2018 CHAN on Friday.