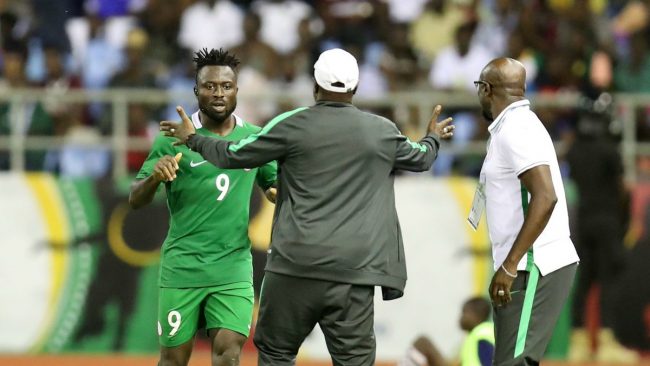 The home-based Super Eagles of Nigeria booked their spot in the quarter-finals of the ongoing African Nations Championship (CHAN) after defeating Equatorial Guinea 3-1 on Tuesday night.

The Nigerian men kicked off their campaign with a goalless draw against Rwanda, before picking up all three points against Libya with a 1-0 win in the second game.

Playing against a team that were already eliminated from the tournament having been beaten in their first two matches, it was shocking when the Eagles trailed 1-0 five minutes to half-time.

The goal was scored by Nsi Eyama who headed a cross from a corner kick past Ikechukwu Ezenwa as Nigerian defenders watched helplessly.

But second half goals by Anthony Okpotu, Dayo Ojo and a penalty from Rabiu Ali saw the team bounce back to finish as Group C winners with seven points.

In the group’s other game also on Tuesday night, Libya pipped Rwanda 1-0 to finish second on six points. Hence, Rwanda join Guinea in exiting the tournament.

The Yusuf Salisu-led team will now meet the runners-up in Group D in the quarter-finals on Sunday, January 28.

‘The NFF Awards’ to hold in February; Infantino, Ahmad to grace Gala