Home » Politics » ‘Charges that destroy our democracy’, Ekweremadu reacts to FG’s suit against him 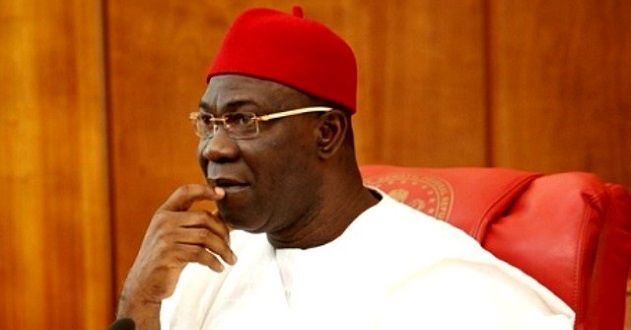 The Deputy Senate President, Ike Ekweremadu, has reacted to latest charges of false assets declaration filed against him by the federal government.

He alleged that there is an attempt by the Chairman of the Special Presidential Investigation Panel for the Recovery of Public Property, Okoi Obono-Obla, to smear his name “in midst of the current political activities.”

Ekweremadu described the suit filed against him by the Office of the Attorney-General of the Federation on behalf of the SPIP over his refusal to declare his assets to the panel as laughable and malicious.

The Deputy Senate President reacted to the suit in a statement by his Special Adviser on Media, Uche Anichukwu.

He said, “Let me reaffirm to Nigerians and my supporters that I have no assets declaration case to answer. The Constitution of the Federal Republic of Nigeria requires public office holders to declare their assets every four years, a requirement which I fulfilled. The panel requested and obtained copies of my Assets Declaration Form from the Code of Conduct Bureau where everything is stated in black and white.

“For emphasis, all my assets were fully and comprehensively declared to the Code of Conduct Bureau. What is at issue here is that the SPIP had forwarded fresh assets declaration forms to me to fill contrary to the position of the 1999 Constitution, a demand I refused to oblige because it is clearly unconstitutional. It is this refusal to disobey the Constitution that I am now being charged for.”

Ekweremadu said it was left to Nigerians to see “the politics of the so-called charges in my case.”

He added, “The Office of the AGF should not allow itself to be used in filing malevolent and unconstitutional charges that destroy our democracy and make a mockery of our judicial system.

“I expect the Attorney-General to channel his energy to prosecuting Obono-Obla Panel over his established case of forgery of his Senior School Certificate result instead of this politically-motivated prosecution and smear campaign.”