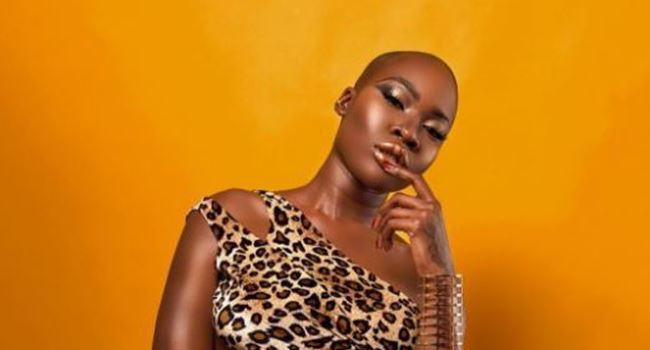 Dewy Oputa, daughter of veteran musician, Charles Oputa aka Charly Boy, has taken a swipe at her father over his lengthy post on social media about her sexuality.

The musician said on Friday it took him several months to come to terms with the knowledge that his daughter is a lesbian.

“I am close with my children and I love them to bits. They are my friends. But I wasn’t really ready for the ‘breaking news’ my Princess Dewy had for me. When my child told me she is gay, a lesbian, I experienced a range of emotions, during that phone conversation,” he wrote.

However, Dewy who was not comfortable with her father’s expose, took to her Twitter account on Friday to berate her father.

She described him as a hypocrite who used her sexuality to chase clout, attention, and praise from strangers just to feed his ego.

She said: “’Gaslighting’ at its finest. It is quite unfortunate that my life is nothing but content. I just cannot wrap my head around the hypocrisy. All this for a drop of clout, attention, and praise from strangers just to feed your ego.

READ ALSO: I was shocked when my daughter confirmed she is a lesbian – Charly Boy

“Honestly, I was going to just ‘free’ this situation because I’m used to this toxicity and mentally I’m tired. But after seeing this, I cannot stomach this pretentious behaviour anymore because normally, this man does not pick my calls.”

“In 2017, I got kicked out of the house and was almost homeless. But for my friend, I wouldn’t have had food or shelter.

“Fortunately for me, I had a return ticket to Atlanta (United States of America), I moved back here with zero dollars not even knowing where I was going to live or where my next meal was going to come from.

“I was literally living from couch to couch and Lord knows how tirelessly I worked so I could have my own stability.

“You did not even know if your daughter was dead or alive. Anything could have happened to me.

“But on social media, you are the father of the year. You have literally put Instant gratification from strangers before your own blood.”

I have no plan to leave PDP – Gov Mohammed