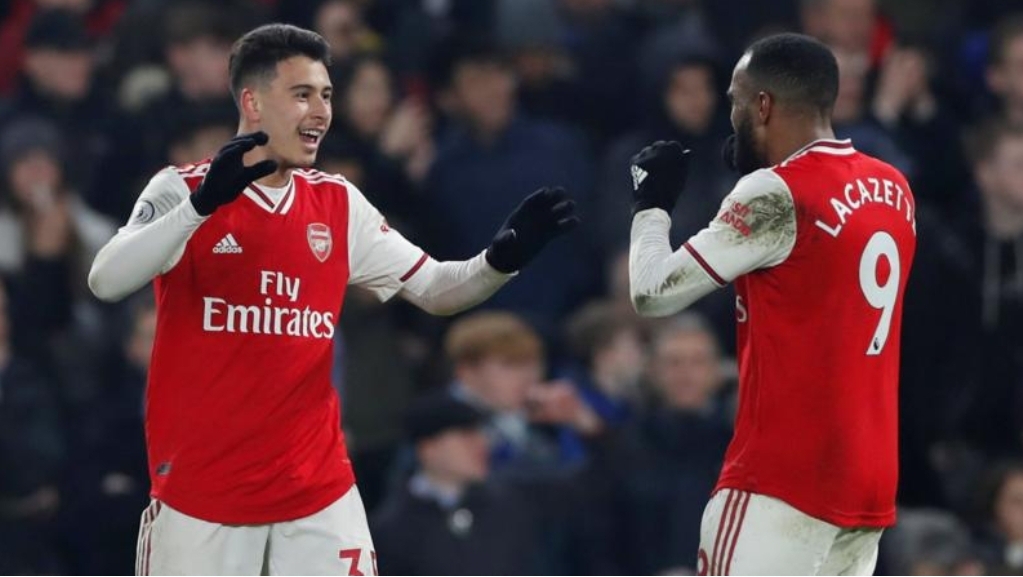 Ten-man Arsenal played a 2-2 draw with city rivals, Chelsea in a Premuer League encoubter at Stamford Bridge on Tuesday night.

The Blues went ahead twice but the Gunners twice came back to level as they take a point away.

David Luiz was sent off in the 26th minute before Jorginho scored the resultant penalty to put the hosts ahead.

18-year-old Martinelli equalised in the 63rd minute but Chelsea again regained the lead through Cesar Azpilicueta in the 84th minute, before captain Hector Bellerin snatched the point for Arsenal three minutes to time.

Earlier on Tuesday, five other Premier League games were played, with champions Manchester City securing a 1-0 victory at Sheffield United.

Sergio Aguero was the match winner for the Pep Guardiola side.

At the Goodison Park, Everton played a 2-2 draw with Newcastle United.

Fintech player Flutterwave raises $35m in Series B Funding. Should Paystack be worried?