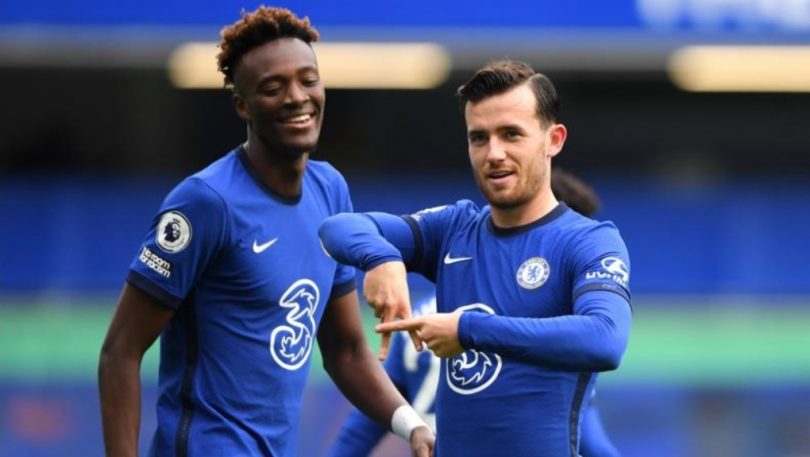 Chelsea returned to winning ways as the Blues thrashed Crystal Palace 4-0 in the Premier League at Stamford Bridge on Saturday.

New signing, Ben Chilwell was in target for the Frank Lampard team, and also bagged an assist to help the team to victory.

Chelsea had lost two games and drawn one in their last four outings, including a defeat in the Carabao Cup on penalties by Tottenham on Tuesday.

Victory takes Chelsea into top four before the rest of the weekend games, while defeat keeps Palace on eighth spot.

Chilwel, who signed for the club in August and was making his league debut, opened the scoring in the 50th minute following Mamadou Sakho’s failed clearance.

The 23-year-old for Leicester star then delivered an excellent cross from the left to allow Kurt Zouma to head in a second after 66 minutes.

Jorginho then bagged a brace from the spot as he stepped up to convert two penalties in the space of four minutes to seal victory for Chelsea.

Chilwell becomes just the third player to score and assist a goal on their Premier League debut for Chelsea, after Deco in 2008 and Alvaro Morata in 2017.