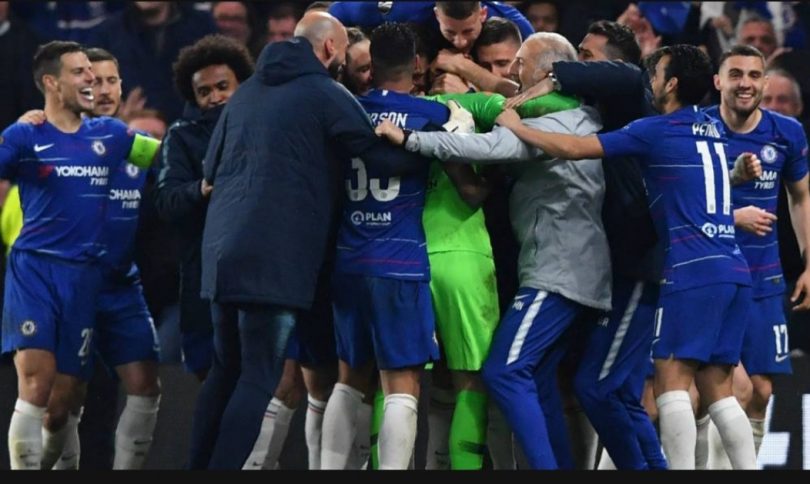 Chelsea scaled through a difficult night at Stamford Bridge as they defeated Frankfurt on penalties to reach the Europa League final.

Having drawn 1-1 away in Germany, the Blues were again held to another 1-1 draw at home for 120 minutes, which led to a shootout.

Chelsea won 4-3 in the shootout, to become the last of the four English teams in the finals of European club competitions.

Arsenal, having won against Valencia earlier on Thursday, will face their city rivals in the Europa League final slated for May 27, 2019 in Baku.

And the Champions League final is also between two other English teams – Tottenham and Liverpool – to be played in Madrid on Saturday, June 1st.

This is the first time that all four places in the Champions League/European Cup and Europa League/Uefa Cup finals will be filled by one country.