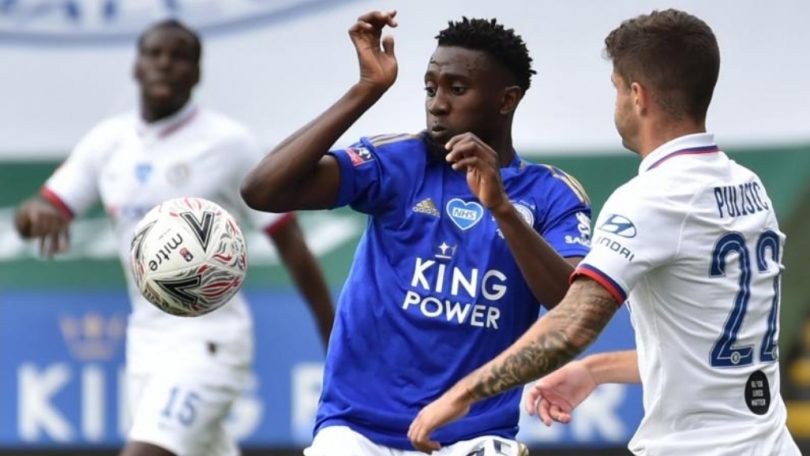 Super Eagles duo of Kelechi Iheanacho and Wilfred Ndidi have crashed out of the English FA Cup as Leicester City lost to Chelsea in a quarterfinal clash on Sunday.

Ross Barkley’s 63rd minute effort was enough to see Chelsea through to the semifinal as the Blues defeated the Foxes 1-0 at King Power Stadium.

Earlier on Sunday, Arsenal also secured a spot in the last four of the competition by defeating Sheffield United 2-1.

The Gunners had led from the first half when Nicolas Pepe slotted home a penalty after Alexandre Lacazette was fouled in the box by Chris Basham.

With just three minutes remaining, David McGoldrick scored an equalizer which looked to have ensured extra time, but Dani Ceballos scored a 91st-minute winner to see Arsenal through.

The final quarterfinal match between Newcastle and Manchester City will be played later on Sunday.

The semifinal draw will be conducted at the halftime.